The first Mercedes-Benz GLS has rolled off the assembly line today, at the Daimler plant in Tuscaloosa, Alabama. The luxury SUV celebrated its world premiere at the Los Angeles Auto Show in November 2015.

For customers in the US the new GLS will be available from now on, the market entry in Europe follows in spring. “Here in Tuscaloosa, Alabama, the new GLS is built on one assembly line alongside the GLE and the GLE Coupé”, says site manager Jason Hoff.

At the exterior, the 2017 Mercedes GLS comes with new headlights, grille assembly and bumper plus a new pair of tail-lights featuring LED technology. The interior was the main focus of the revision campaign, though, making a big step up in therms of fit and finish. For gadget fans Mercedes has grafted an all-new infotainment system lifted straight from the recently upgraded GLE smaller sibling, 8-inch color screen and rotary controller included.

FIND OUT MORE ABOUT THE GLS HERE 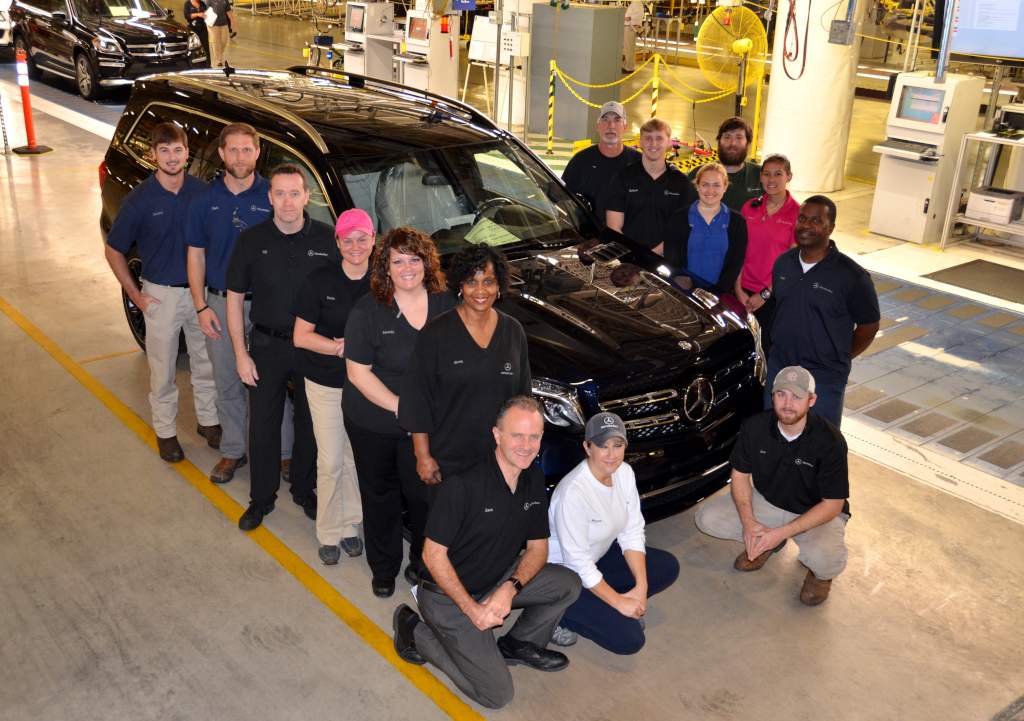 In 1995, the plant Tuscaloosa started as the first major passenger car facility of Mercedes-Benz outside Germany and is considered as the nucleus of the automotive industry in Alabama. The plant is the traditional production location of the SUVs in the global production network of Mercedes-Benz Cars. In 2015, Tuscaloosa built more than 303,000 vehicles – an all-time record for the plant, which celebrates 20 years of production in early 2016.

Demand for the SUVs from Mercedes-Benz continues at a high level. Sales in January were 62.5% higher than in the prior-year month and rose to the new record of 53,966 units. In 2015, Mercedes-Benz renewed almost its entire range of SUVs. The new models have had an excellent reception from the customers: Sales of the GLC, the updated GLE and the new addition to the SUV portfolio, the GLE Coupé, were at record levels.