Elena Luchian, March 25, 2018
1.32K 0
Home Motosport F1 Mercedes gets off on the wrong foot at the Australian Grand Prix

Lewis Hamilton has failed to convert his pole position into victory at the Australian Grand Prix. “It was a software glitch”, says Mercedes. His teammate, Valtteri Bottas, finished the first race of the season in the eighth position. Ferrari’s Sebastian Vettel was the man to win the race. The most powerful Safety Car of all time, the 585-horsepower Mercedes-AMG GT R, made its debut in Australia.

A software glitch under the Virtual Safety Car, deployed after the Romain Grojean’s Haas malfunction, put Ferrari’s Sebastian Vettel at the front, after Lewis Hamilton had been leading the race in which he started as the pole man. The German driver came at the front while driving out of the pits and Hamilton had no permission to overtake at that time. 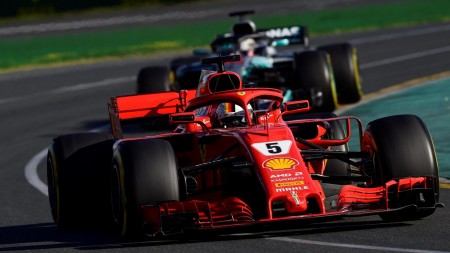 It was the moment that decided the order at the front. Frustrated and shocked, Lewis asked his engineers at the pitwall what had just happened. The  Silver Arrows chief Toto Wolff later admitted the software the team has used for five years to simulate such scenarios had generated incorrect figures.

“We were trying to build enough of a gap to Raikkonen to avoid the undercut and we were trying to have enough gap to the Haas to have the Safety Car gap,” Wolff explained. It was not a great day for the Silver Arrows, as Valtteri Bottas, after having slammed his car against the wall in Q3 and having his gear box changed, was relegated to the 15th position. The Finn was the eighth to cross the finish line. 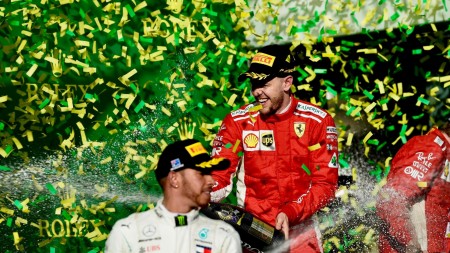 It was a hear-breaking race for Haas, as both drivers, Kevin Magnussen and Romain Grojean had to retire following a wheel gun issue during their pit stops. The mechanics realized the trouble right after releasing the cars, but it was already too late. An investigation is underway.

With the Haas cars retired and teammate Max Verstappen having to deal with a 360-degree spin, Red Bull’s Daniel Ricciardo saw himself in the fourth spot, but the local favorite failed to score a podium at home.

Formula 1 will resume in two weeks’ time with the Bahrain Grand Prix.