Mercedes G-Class LAPV is the suprise armored G 500 4X4² we bet you didn’t see coming. The extreme SUV has been caught for the first time on camera by our spy photographers.

The G-Class is already declined in a fairly wide range of variants. But Mercedes thinks there is still room for one more to fit into the showroom floors.

We know and love the G-Class as the square, ancient all-terrain master that simply refuses to go to sleep in the history books. With the bizarre and quirky Mercedes-AMG G 63 6×6 and the G 500 4X4² Mercedes proved it has the courage to test the limits of our imagination compared to the original concept of the G-Class. And it seems that the Germans have something extra as well on their schedule.

According to the rumor mill, Mercedes will launch a rougher version, the so-called ‘LAPV’ version of the G-Class, a Light Armoured Patrol Vehicle. Developed alongside Magna Steyr, this extreme version is loosely based on the aforementioned G 500 4X4² version. 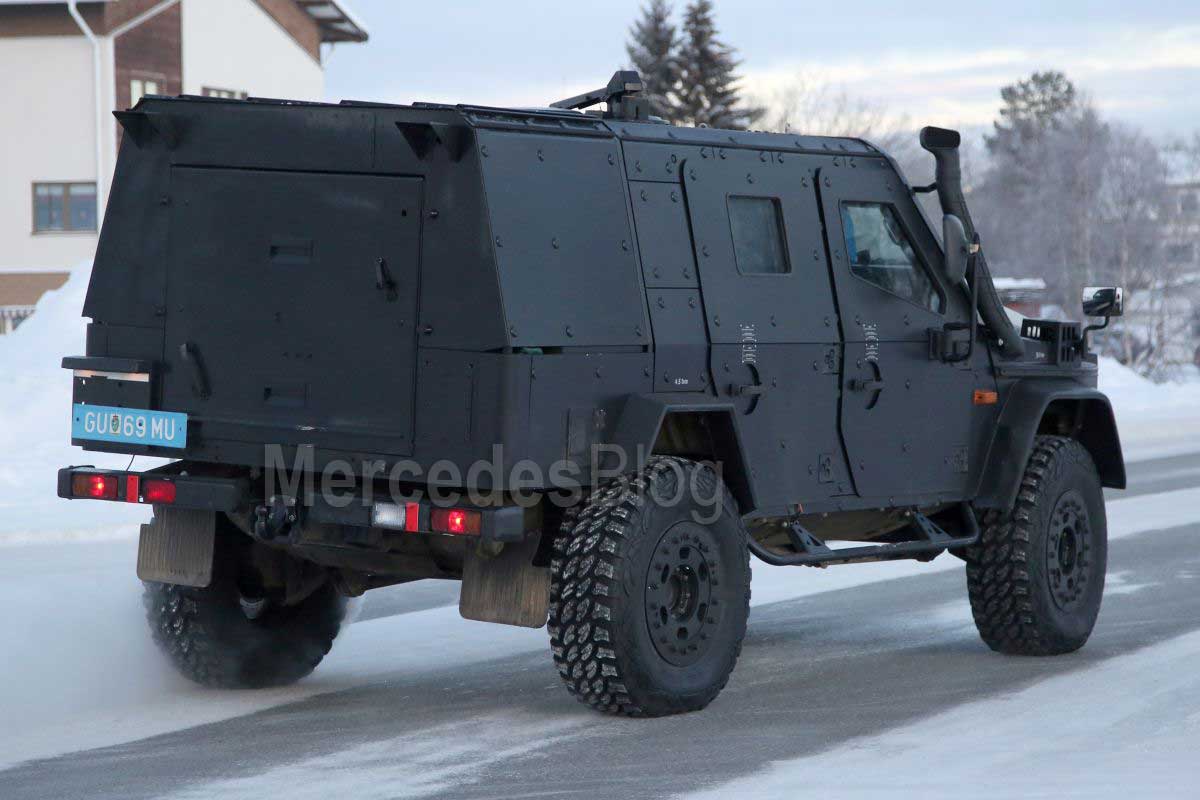 Now, the first spy pictures prove the Mercedes G-Class LAPV will indeed become a reality. We see heavily packed G-Class with massive off-road tires and a chassis that allows the G-class to ride just fine even after the dawn of the apocalypse.