Mercedes Formula 1 2018: This is how the new F1 engine sounds

Although the tests for the 2018 season begin on February 26 in Barcelona, ​​the new F1 engine from Mercedes has already been launched. This is how the Mercedes Formula 1 car will sound in 2018.

Last year there was still a lot of chaos just before the start of the test. The big rules reform caused increased stress in the development and production of the parts. Twelve months later, the situation is a little more relaxed. Except for the new safety Halo, the changes in the regulations are limited. The dimensions of the cars are known. The engineers know what to expect.

The outcome of the 2017 season has also lowered the stress factor somewhat. No one had to develop the discontinued model until the last second. The focus was postponed to early 2018 for most teams.

Thus, in many factories, one and a half weeks before the start of the test drives, the final phase of the assembly is already under way. A milestone that most teams have already completed is the first ignition tests of the engine. Now, Mercedes has released the first video with the sound of their V6 hybrid monster.

At the beginning of February, the entire Mercedes Formula 1 crew gathered in the factory in Brackley to attend the festive moment. The team around engine chief Andy Cowell has developed almost a completely new engine in the winter break to respond to the increased demands in terms of mileage. In 2018, every pilot has to come through the season with just three power units instead of four.

However, not only the new engine is heard on the short video that was officially released by the World Champion Team. You can also see the newly designed arrangement of the exhaust. The two wastegate tubes are now a little further away from the main tailpipe. The new space was created for the new rear wing support. 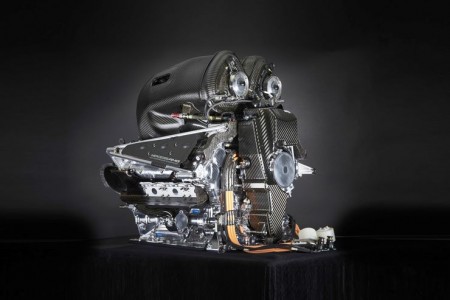