The Mercedes That Fights the Dinosaurs

This is definitely a Mercedes that could fight the dinosaurs in Jurassic Park. A team of visual effects artists have envisioned the GLE Coupe that could become a Hollywood star. Not the one that will show up in the 4th motion picture of the series, Jurassic World though, but their own idea of what a car fighting dinos is supposed to look like.

Debuted at the Detroit Auto Show at the very beginning of the year, the Merecedes GLE 450 AMG 4Matic Coupe is meant to save the heroes from the perilous prehistoric creatures. And in order to do just that, the GLE has received a jungle camouflage, as well as armour across the windows, large roll bars over the roof, giant bumpers and – saving the best for last – a machine gun on the roof – plus various protection features. 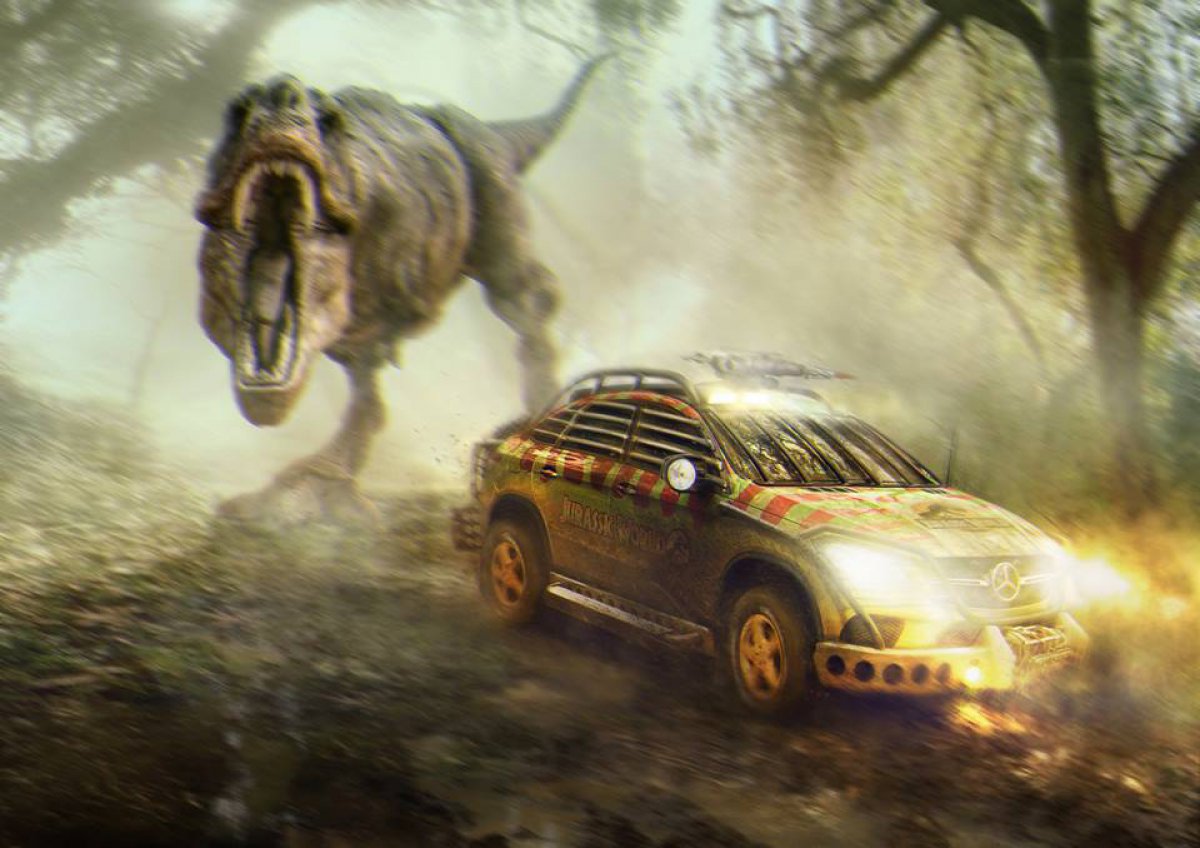 This is the vision of a team of artists, using Hollywood-like computer programs. The Jurassic World producers have already announced that the car starring in the movie is going to be kept largely standard. And as Mercedesblog.com has already shown you, it surely won’t be stamped with the JW sticker on the sides.

This is not the first time Mercedes-Benz intrudes the world of the dinosaurs. The M-Class pictured below has starred in The Lost World: Jurassic Park. A slightly modified version of the first Mercedes-Benz M-Class was attacked by two of Jurassic Park’s T-Rex dinosaurs. While the cars managed to survive the brutalizing attack, the driver did not. 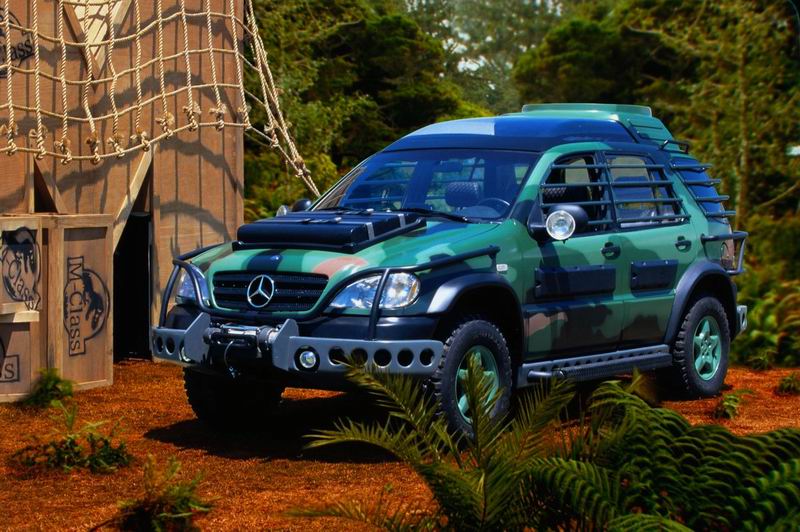 It is rumored that a Mercedes-Benz G63 AMG 6X6 will also show up in the Jurassic World movie, scheduled to arrive in cinemas next June. A fan took the photo of the disguised monster on the set of the movie. 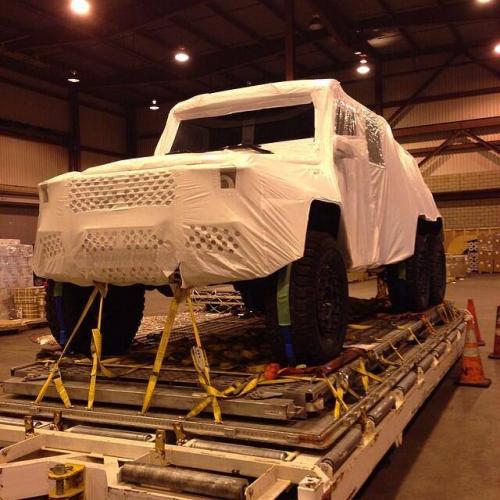