This is the moment of truth. A real-world range test contradicts the EPA rating. The figures achieved blast past the agency’s rating.

The Environmental Protection Agency forwarded figures that were disappointing for the brand. According to its test, the Mercedes EQS 450+ could travel as far as 350 miles (563 kilometers) on a single charge. Edmunds though, reveals much better figures.

The team took an EQS 450+ on a real-world driving loop in Los Angeles, California. The car wore the standard 20-inch wheels with Goodyear Eagle F1 Asymmetric 5 tires, all inflated at 41 psi factory recommendation. They drove for 12 hours and no less than 422 miles (679 kilometers). That is 72 miles (almost 116 kilometers) more than what EPA claimed this past summer and it puts the Mercedes luxury sedan above the Tesla Model 3 Long Range. The American electric compact car needed to stop for a recharge after 345 miles (555 kilometers). 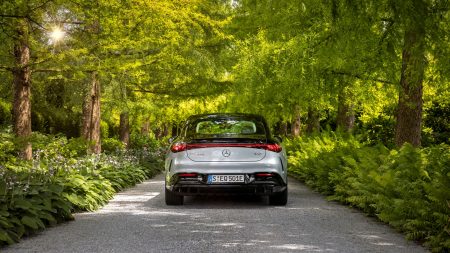 The difference is that EPA conducted the tests on a dynamometer that simulates city and motorway driving. Edmund carried out the test in both city (approximately 60%) and on the highway (around the remaining 40%). In the end, the team summed up the distance they covered and the remaining range.

The Mercedes EQS sports the 108 kWh battery back. The single-motor layout has to pull 5,500 pounds (almost 2.5 tons). That makes it heavier than its conventionally motorized counterpart, the S-Class sedan. The electric luxury sedan benefits from the help of 333 horsepower and 568 Nm of torque.

In June, the Germans from auto motor und sport managed to drive for 396 miles (638 kilometers) on the route from Munich to Berlin. The average speed was 104 km/h (65 mph) and the average energy consumption was of 15.8 kWh/100 km. When they arrived in Berlin, they still had a 48-kilometer (30- mile) range. 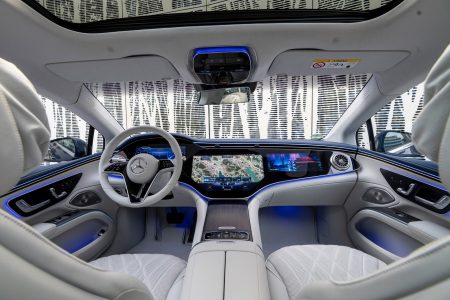