The Mercedes EQ family is taking shape. The GLC based EQC SUV will be joined by a more luxurious SUV EQE, the electric correspondent of the next generation GLE – with four drive options.

The first large electric SUV from Mercedes comes in 2022 and could be called EQE (internal code: X 296). In terms of size, the bigger brother of the EQC ranks between GLC and GLE, but inside it should be very spacious.

According to our colleagues from Auto Bild who came up with the two featured computer generated images, the design is characterized by the coupe-like roofline, the wide track with correspondingly sculpted flanks and the hidden door handles. The EQ GLE will be powered by the same electric propulsion system expected to make its debut on the EQC next year, but in different power states. 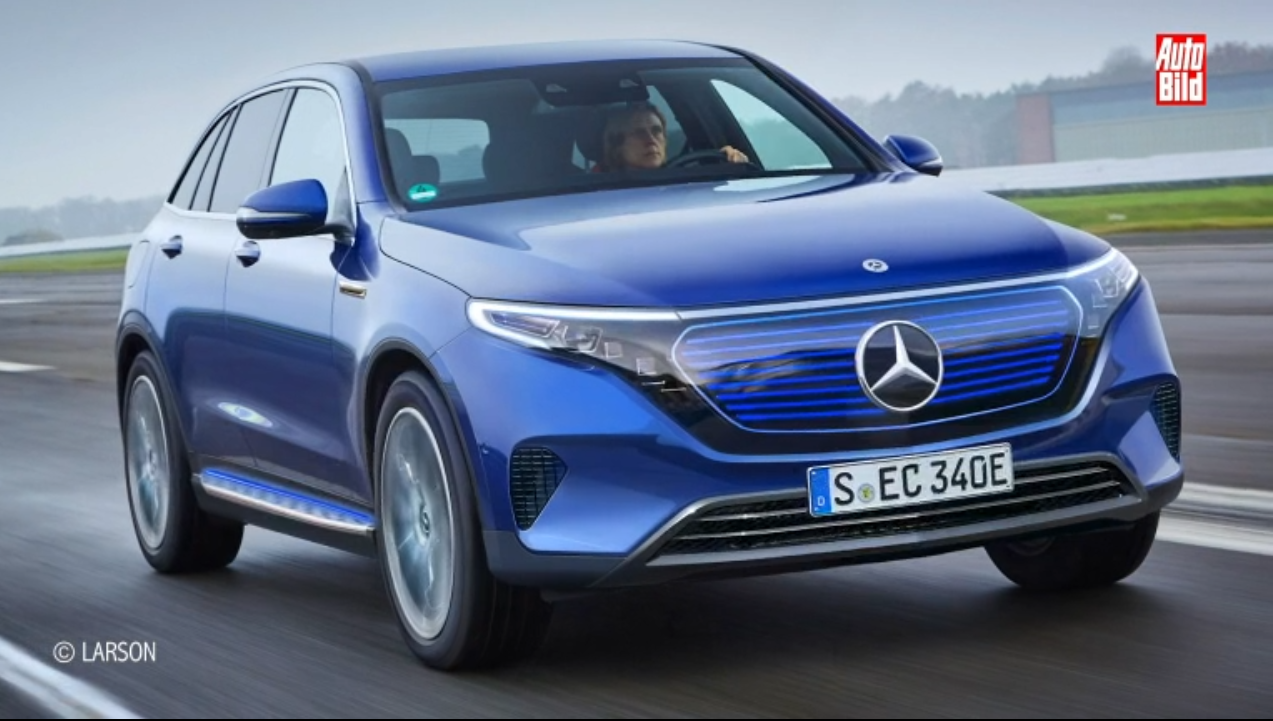 The massively increased computing capacity coordinates the interaction between the range battery and the power battery. The effect: If one of the two batteries threatens to run out, the other battery helps. Both components are almost freely scalable with each other.

Theoretically, even an EQ hypercar with 1,000 kW of power and two battery packs of 110 kWh each would be possible. In addition, the range will expand to as many as eight models until 2023. READ MORE IN THE LINK BELOW.