Mercedes-Benz has set the date for the official presentation of the future Mercedes EQ C. The company’s first dedicated EV will make its global debut on September 4th.

The car will be presented at the @me Convention in Stockholm, Sweden. The general public premiere though is set to take place this fall, at the Paris Motor Show, together with the updated Mercedes-Benz GLE.

The EQ C will land on American soil for the first time at the Los Angeles Motor Show in November, followed by NAIAS, in Detroit, before the latter moves to June. 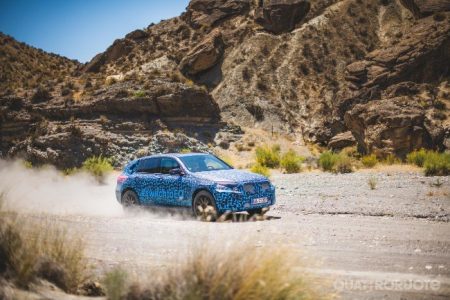 The EQ C has been tested across the world, in arctic temperatures of Scandinavia, close to the Polar Circle, and in high temperatures of southern Europe. It must live up to its status: the first electric crossover of Mercedes-Benz, built from scratch.

Expected to come with an electric range of approximately 400 kilometers (250 miles) and to hit 100 km/h (62 mph) from a standstill in less than 5 seconds, the EQ will also benefit from the presence of a newly developed all-wheel drive system. The car will also feature fast charging capability.

The concept previously presented by the company came with a 70 kWh battery and a 300 kW dual-motor, but we expect to see different specifications in the series production model.

The Mercedes EQC runs around the Nurburgring

The market launch of the three-pointed star EV is scheduled of 2019.