We are already counting the days and hours until the all-new Mercedes E-Class T-Modell debut on June 6. That doesn’t stop Mercedes from releasing one last teaser photo.

Only in January 2016 Mercedes had shown the sedan at the Detroit Auto Show, now comes the wagon. Technically, the new T-Modell will be largely identical to the sedan from a technical/technological stand point. The digital cockpit with two large 12,3-inch screens, semi-autonomous Drive Pilot system and automatic parking function via smartphone. The standard E-Class versions will get traditional analogue dials and an 8.4 inch central infotainment screen. 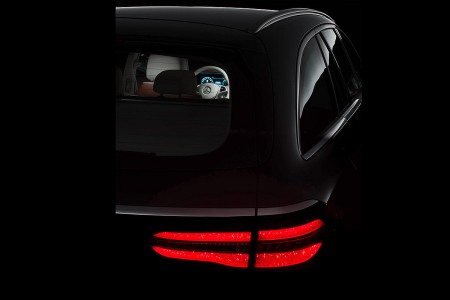 The new Mercedes E-Class T-Modell adopts a fluidic silhouette eerily reminiscent of the posher CLS Shooting Brake’s window line. The boxy shape of the current E-Class T-Modell has been abandoned for the sake of style, something Volvo has also been doing with its latest V90 large wagon.

The E-Class could come as a plug-in hybrid right from the start. Equipped with a four-cylinder engine, electric motor and batteries, the upper-class wagon could deliver up to 279 hp and have 30 km electric range. For the rest of the range we expect the all-new 2-liter diesel engine, codenamed OM654, in two flavors (150 hp for the E 200 d and 143 kW / 195 hp for the E 220 d launch model) and two four cylinder versions with output ranging from 184 HP (E 200) to 245 HP and a six cylinder with 333 HP (E 400). A brand new range of six-cylinder gasoline engines will follow.

Last, but not the least, Mercedes is betting on diversity. T-Modell and sedan variants aside, the new E-Class family will be one of the largest in the model’s history. A Coupe (March 2017), a Convertible (September 2017), plus the the successor to the CLS (March 2018) are all set to join the rejuvenated range.

Stay tuned for our complete coverage of the all-new Mercedes E-Class T-Modell next Monday.