Earlier this week, the Mercedes E-Class Coupe facelift was caught on camera for the first time, revealing a brand new front end. Now it is the four-door E-Class’ update turn to show up.

The same nose that was spotted on the E-Class Coupe, seems to appear on the E-Class sedan and Estate too. A lower placed grille in the vein of the Panamericana theme (used on the latest A-Class, CLS and AMG models), paired with flatter headlights should give the cars a sportier appearance.

Hence, the somewhat traditional E-Class comes closer to the new CLS and A-Class and this affirmation is also true for the sedan’s rear end. The strongly rounded rear light units (testing purposed only) clearly indicate the E-Class facelift is set to get new tail-lights made up from two parts – just like the A-Class in both its five-and four-door guises. 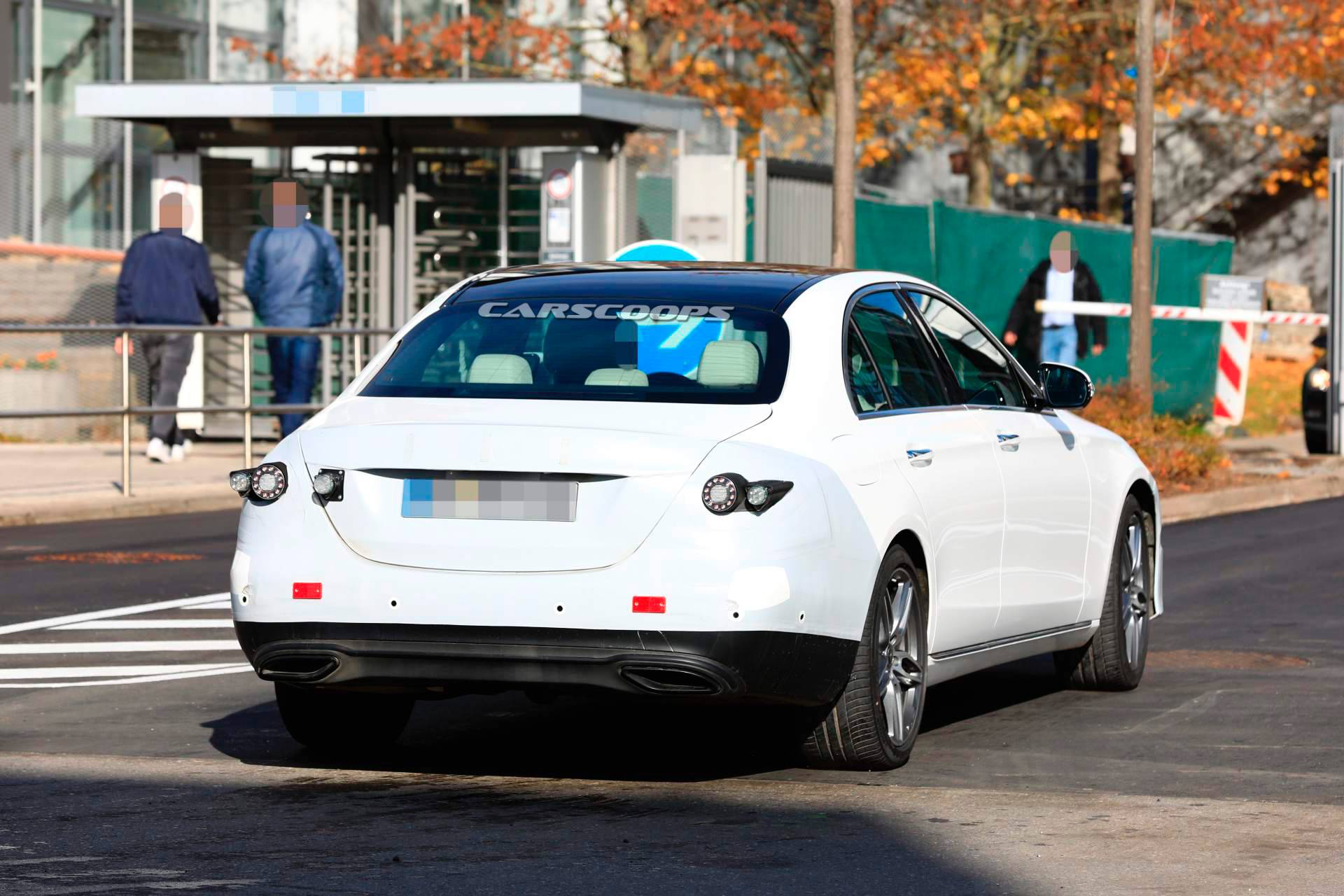 The Mercedes E-Class seems to get a slightly more sporty positioning in the range of Benz sedans and this new direction seems not only to serve as a blueprint for the heavily facelifted E-Class, but also for the next generation C-Class. The all-new successor to that car was also spotted for the first time last week.

2021 Mercedes-Benz C-Class: This is how Auto Bild thinks it will look like