Mercedes finally joins the high-riding estate party with the new to the brand E-Class All-Terrain. Until the first driving report, we give you the first static comparison with its main rivals, the Audi A6 Allroad and Volvo’s all-new V90 Cross Country.

Mercedes has launched its first raised wagon in the attempt to beat Audi and the Allroad line-up at its own game. Filling the gap between the classic T-Modell wagon and the GLE SUV, the all-new E-Class All Terrain follows in the footsteps of the Audi A6 Allroad and the Volvo V90 Cross Country and is basically an off-road oriented T-Modell.

The raised ground clearance will be the most important modification. No significant differences, nor advantages in the design area, since all three models feature similar styling traits, specific to the niche: underride protection elements plus extensions for the wheel arches, front/rear bumpers and side skirts, all in unpainted black plastic. These visual tricks were first launched by Volvo back in 1997, for the premium arena, while in the mainstream zone Subaru was already churning out high-riding plastic clad wagons back in the early 80s. Audi has entered the segment with the first-gen A6 Allroad in 1999. 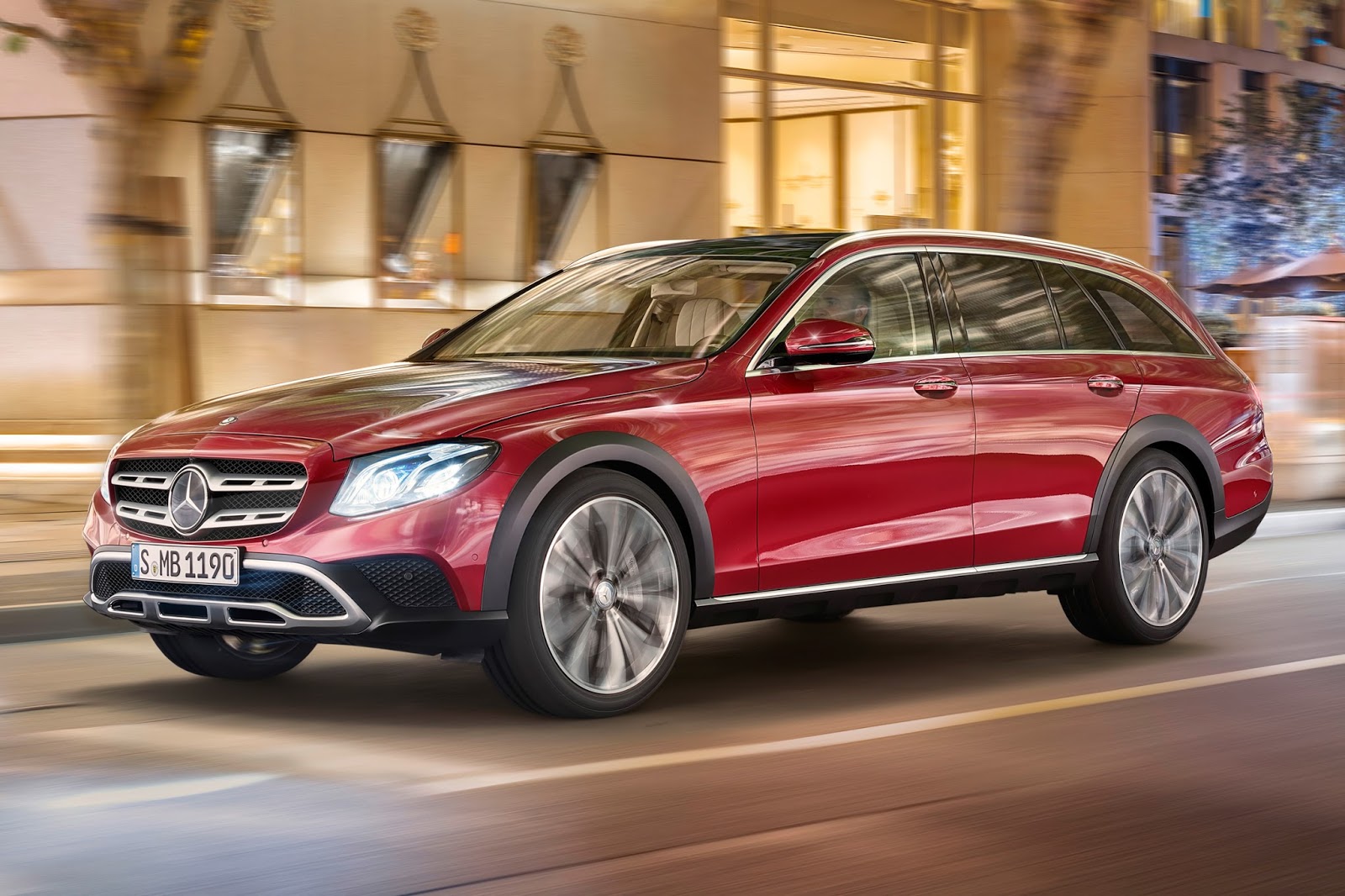 The E-Class All-Terrain will come with standard pneumatic Air Body Control multi-chamber air suspension. Both its rivals offer pneumatic suspensions as standard too, so this hardly an unique feature and more likely the class norm. Still, the air suspension is a novelty for Volvo and its V90 Cross Country, which hasn’t featured something similar until its current generation, launched at virtually the same time with the Mercedes.

The sophisticated air suspension in the Mercedes can be set in three ride heights. In normal circumstances, the All-Terrain is 29 mm higher than a normal T-Modell, while an increase of 35 mm is the maximum possible, only at speeds of up to 35 km/h. The ground clearance of the Mercedes E-Class All-Terrain varies accordingly between 121-156 mm. The Audi A6 Allroad with its standard air suspension is able to increase the ground clearance with 45 mm compared to the A6, reaching a superior 185 mm in its top setting. The Volvo on the other hand sits even higher at 210 mm or an impressive 60 mm more than the classic V90 wagon. 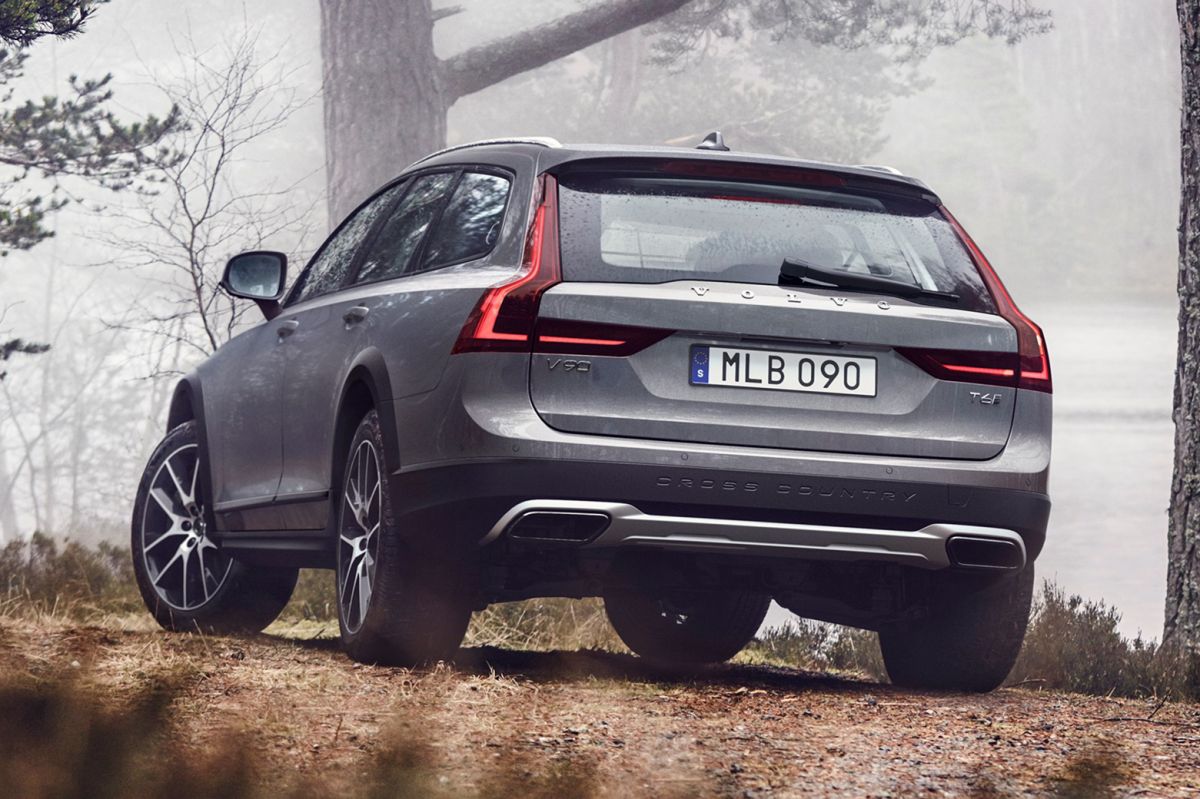 Another must is the standard all-wheel drive, a feature also present on the Audi A6 Allroad and Volvo V90 Cross Country. So, 4Matic is standard across the range, just like the new state-of-the-art 9-speed 9G-Tronic automatic transmission.

The E-Class offers a special (derived from GLE) All-Terrain driving program in Dynamic Select, capable to optimize traction and comfort on bad roads. It adjusts the ESP, Active Yaw Control and ASC and lifts the suspension to its maximum 156 mm setting. The Volvo V90 Cross Country also features an off-road driving mode in which the accelerator pedal responds more gently and the Hill Descent Control is activated. 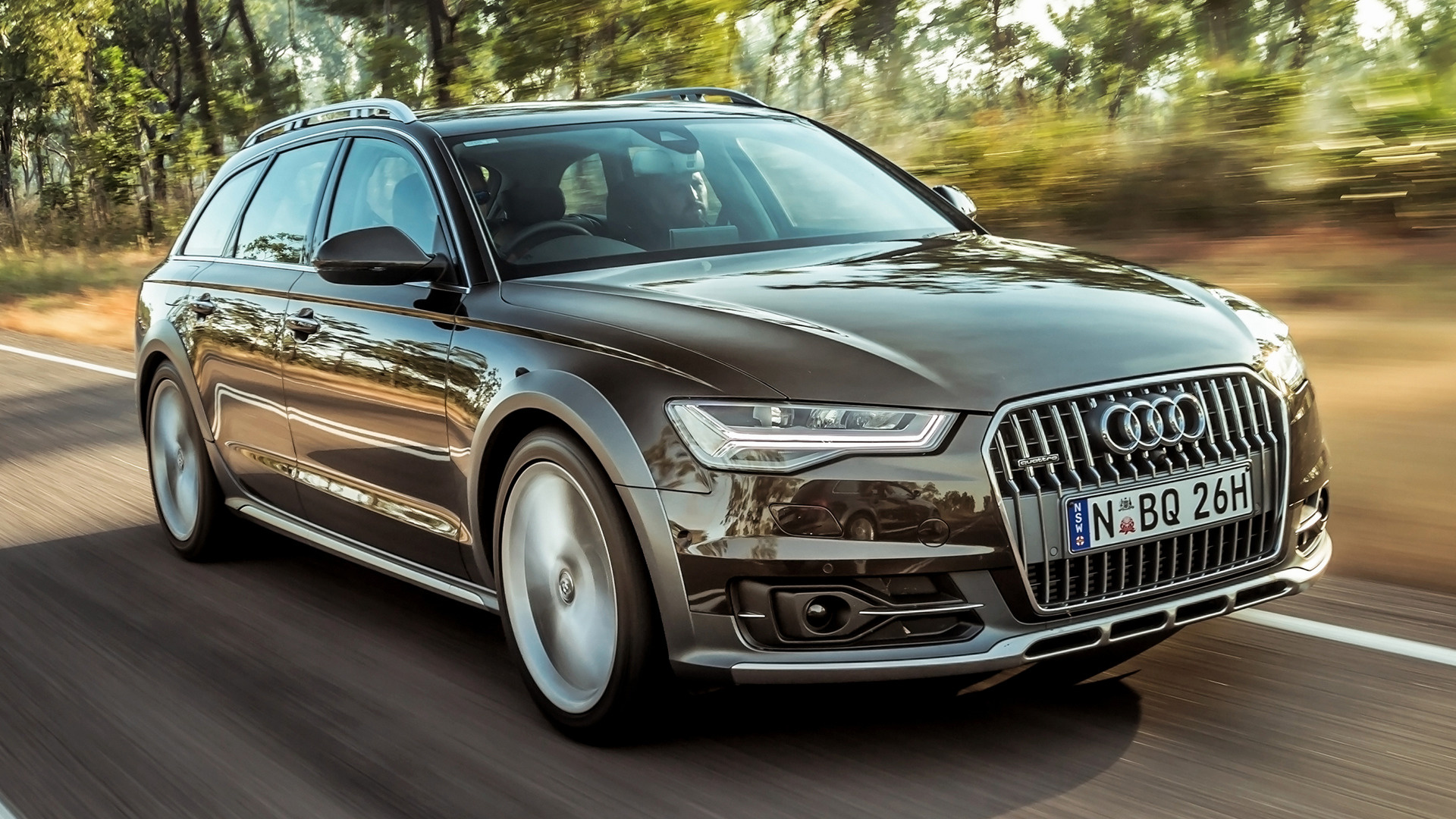 Interior fit and finish is top notch on all three models. The on-board gagdets list is also very generous in all three cases. The Mercedes comes on top thanks to the unique dual-screen arrangement with two blending 12,3-inch TFT displays and touch pad commands grafted on the steering wheel. The Audi comes with an 8-inch central TFT display while the Volvo boasts a 9,7-inch portrait style touchscreen with impressive design. Space-wise, the Mercedes E-Class All-Terrain wins the comparison hands down, trumping its rivals with a 640-1.820 l luggage space versus 560-1.526 l for the Volvo and 565-1.680 for the Audi. 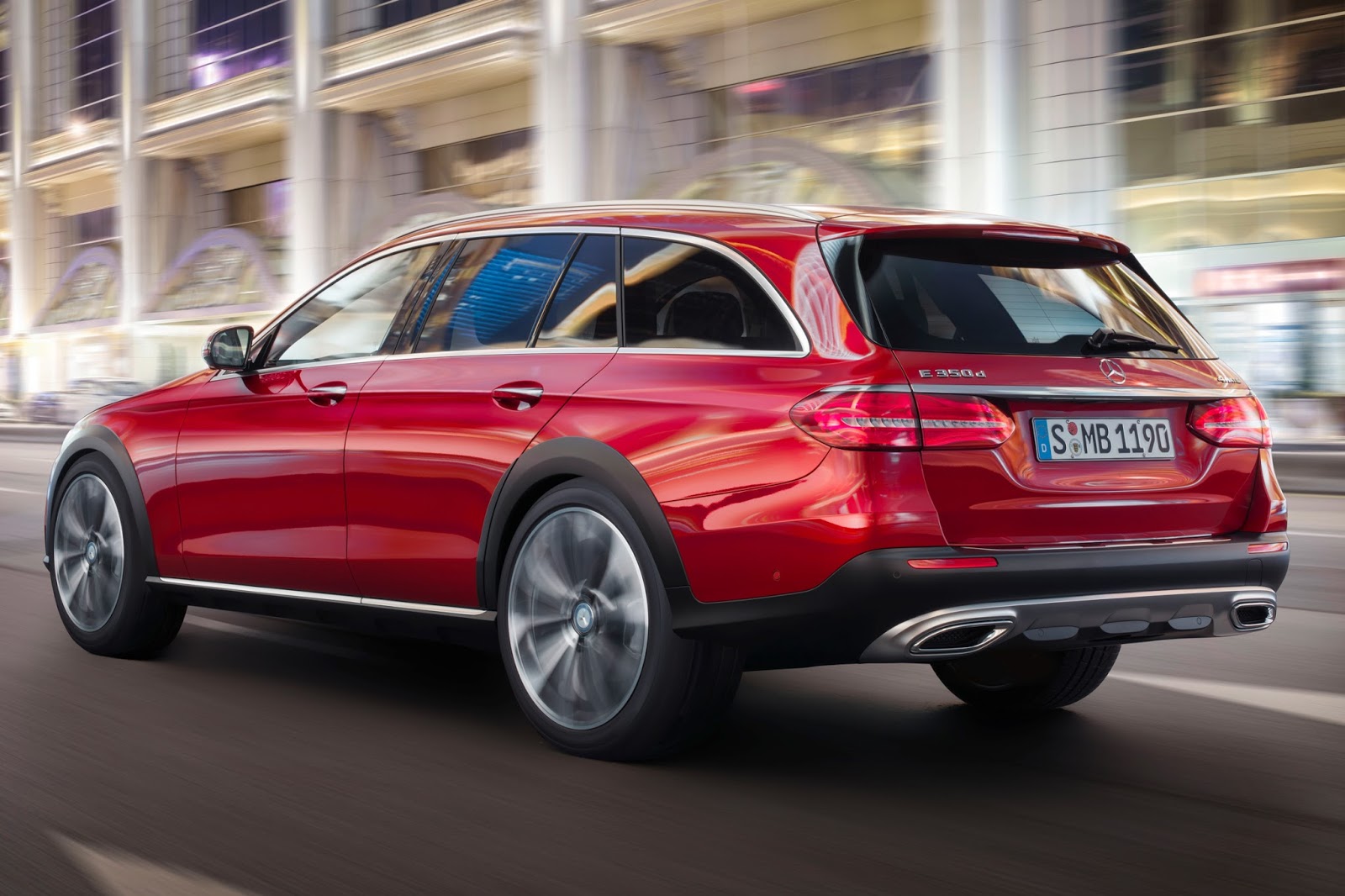