The Mexican Grand Prix has been one for the Mercedes-AMG fans. Lewis Hamilton won the race, followed by teammate Nico Rosberg, after a race of hard work and patience. It was a 3rd place dilemma in Mexico, as Max Verstappen was behind them at the finish line, but he had failed to give his place to Vettel after going off the track ahead of him. So Sebastian Vettel had to run to the podium to get up there.

It was an insane start in Mexico. Lewis Hamilton went off into gravel and grass, but miraculously managed to rejoin. Nico Rosberg was also pushed away from the right trace by Red Bull’s Max Verstappen. After being investigated, the Formula 1 young bad boy escaped penalty once more. 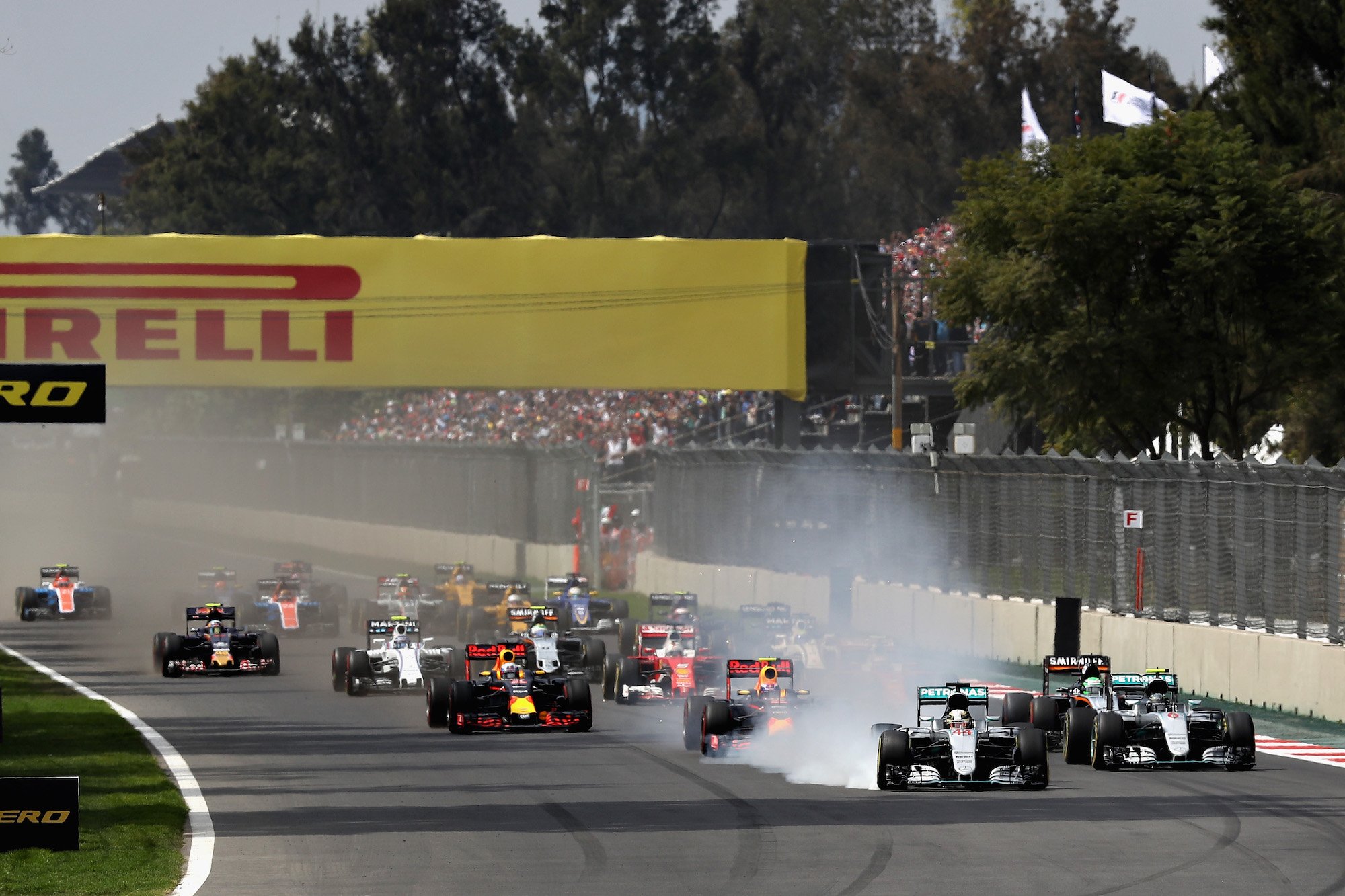 It was Daniel Ricciardo who went into the pits to switch from softs to medium tires once the Safety Car was deployed after Pascal Wehrelin’s collision with Markus Eriksson. The Aussie returned to the 17th spot.

Hamilton complained about the brakes while rolling behind the sleek 510-horsepower Mercedes-AMG GT S. Unlucky Vettel dropped to 7th, behind Massa.

Safety car out, racing in. Rosberg was chasing Hamilton, but with the DRS on, Verstappen would have had a slight advantage against the German. 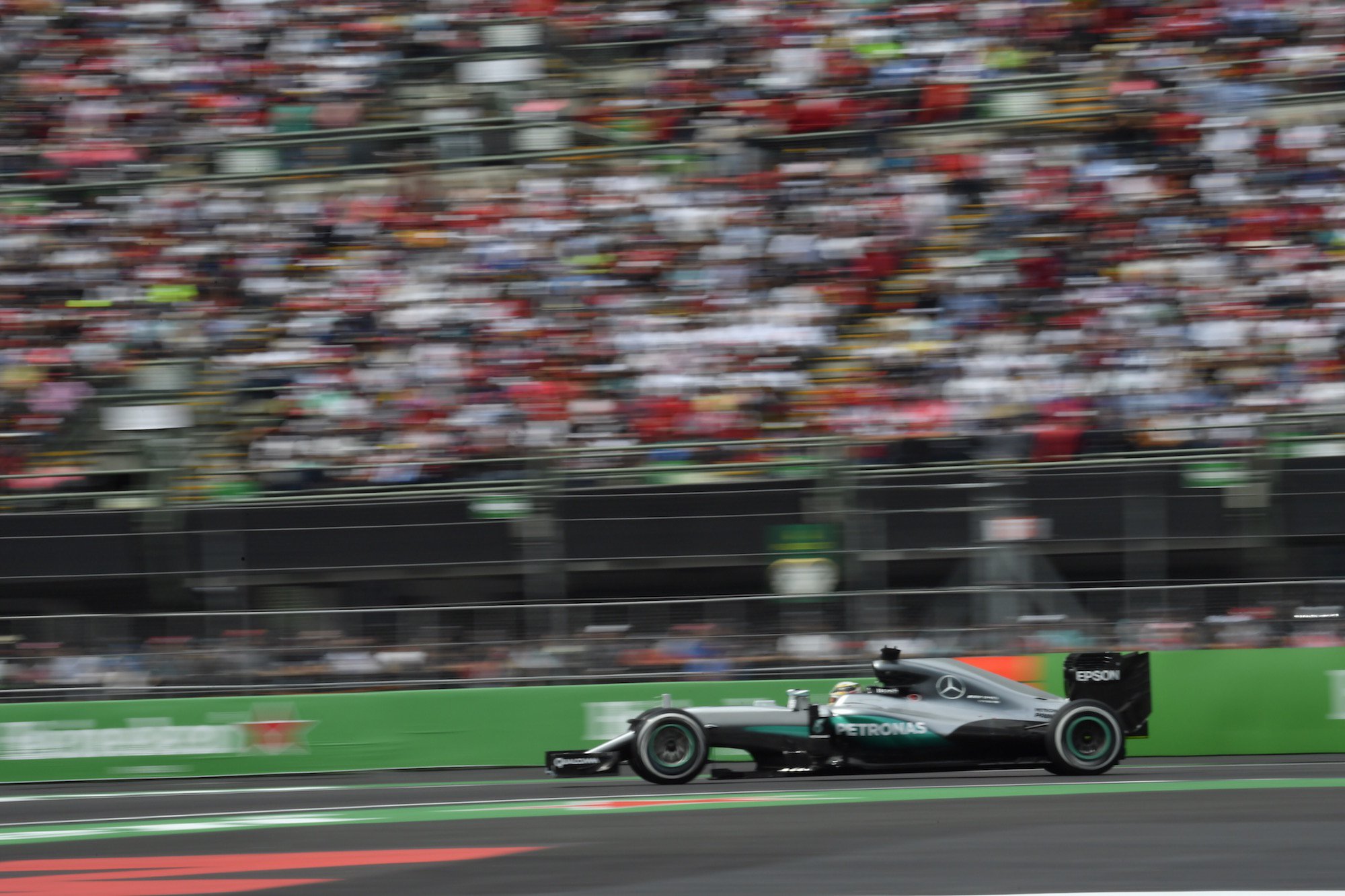 Verstappen went from softs to medium tires in the 13th lap. It took 5 more laps for Hamilton, who went back out on the fourth, running on medium tires, behind Vettel. Rosberg kept rolling until lap 21st and then returned 6 seconds behind Hamilton.

The Red Bull drivers prepared to fight for the 4th place. “What do we do now?”, Verstappen asked, but Christian Horner delayed the decision. The young Dutch put pressure on Rosberg, while the German’s team warned him to keep up his pace.

From the top, Sebastian Vettel finally changed tires in the 33rd lap, after having been called for, time after time. Ferrari was fancying a long run all the way to the end for the German driver of La Scuderia. 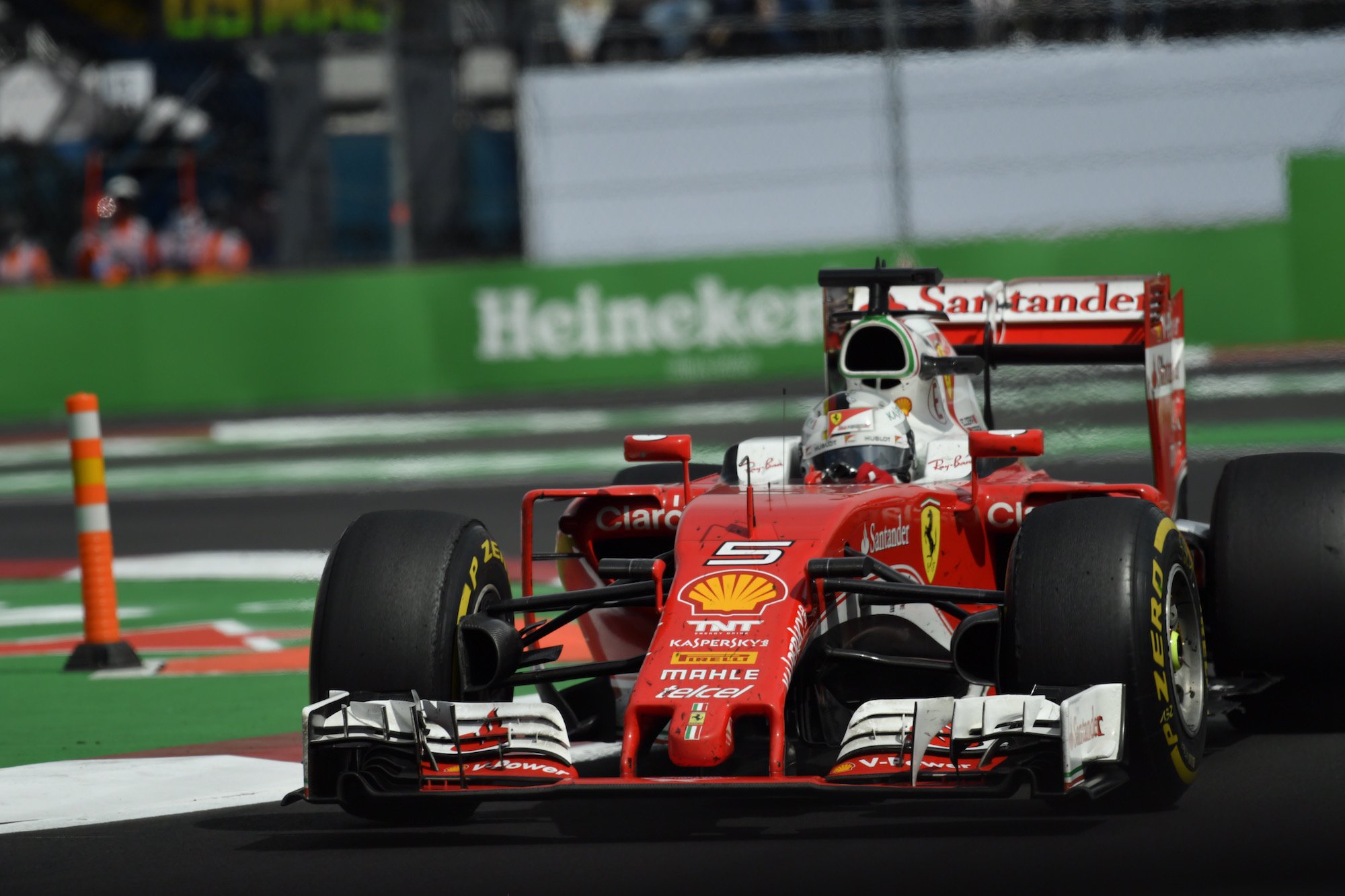 Just a little over a second behind Rosberg, Max Verstappen was told to keep it clean. But in lap 50, Max Verstappen lost patience. He failed to hit the brakes in corner 4 and tried to overtake Rosberg, but he went off the track. Meanwhile, teammate Ricciardo was changing onto softs.

The Dutch failed to get closer again and then had to worry about Ferrari’s Vettel closing in on him. “I see him coming”, Max told his engineers. Max made a huge mistake when he felt Sebastian’s presence behind the back of his neck and cut the corner. According to regulation, Max should have let Vettel pass. The German uses words that can’t be told and he now had to reasons to get angry. His racing car made contact with Ricciardo’s, smoke came out, but still the Ferrari driver managed to pass. 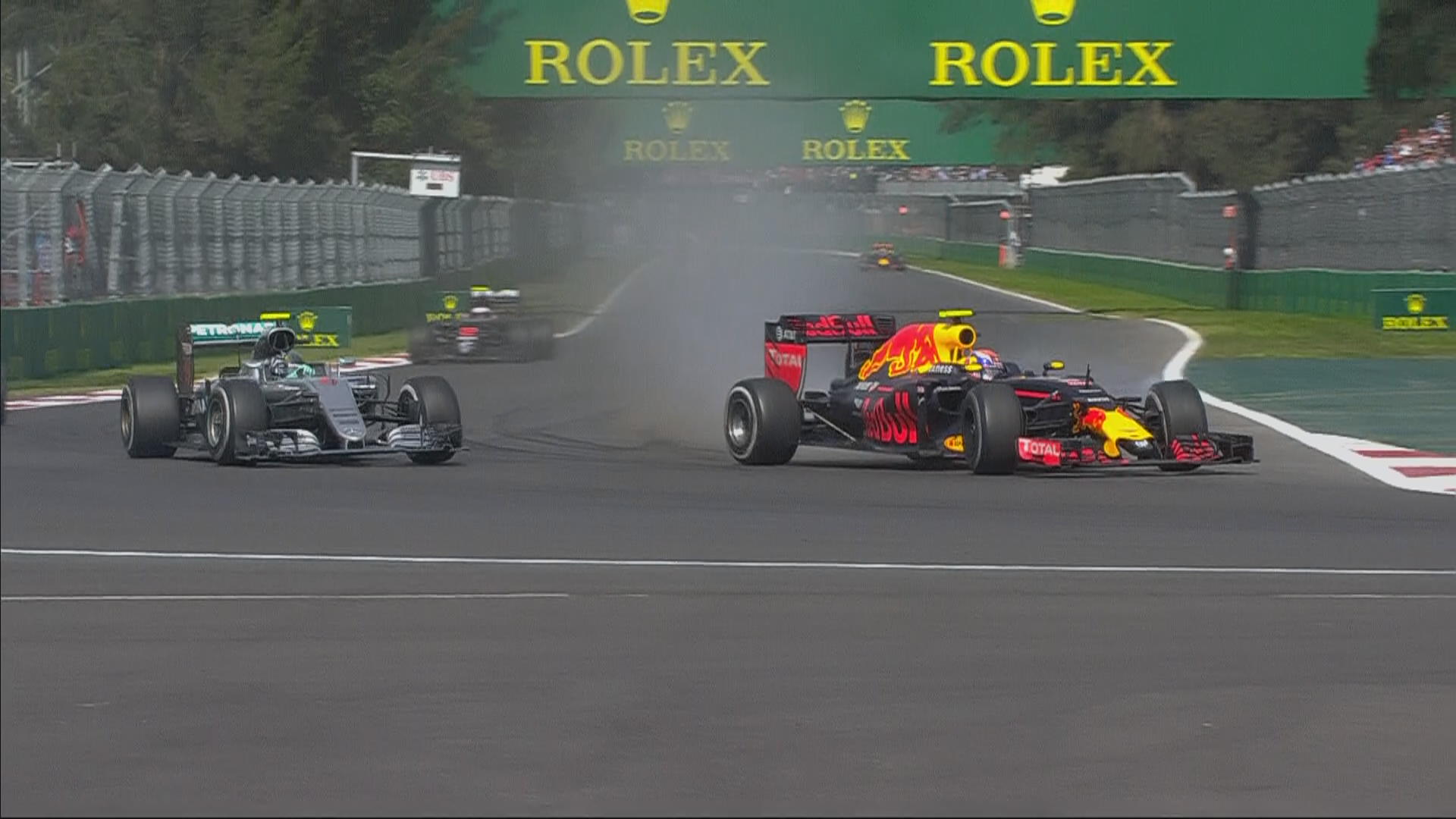 Lewis Hamilton crossed the finish line first, followed by Nico Rosberg. But the stewards were still to decide who would get third on the podium. Sebastian Vettel waved his finger at the Dutch kid in a big “No! No!” Just seconds before, his reaction was covered in beeps.

“It’s been nice, see you later”, Max told Nico and Lewis when he found out he had been penalized by 5 seconds.

Nico Rosberg is still the leader of the championship by 19 points, two races to the end. Formula 1 resumes in two weeks’ time in Brazil.