It just wasn’t meant to be for Mercedes-AMG PETRONAS in Malaysia. Lewis Hamilton was out with his engine blowing up in lap 41 and Nico Rosberg collided with both Ferrari-s and had a 10-second penalty, eventually snatching a podium position behind Red Bull’s Daniel Ricciardo and Max Verstappen.

It was a chaotic start in Malaysia, with Lewis Hamilton thundering ahead and Nico Rosberg failing to get the right trace in the first corner. Sebastian Vettel’s Ferrari collided Nico’s Mercedes and the former world champion was out. Rosberg managed to stay on the racetrack, but only around P20.

‘’Sebastian is crazy, he went into Rosberg like a *”&%”%^  idiot’’, said Max Verstappen. The world championship leader was now chasing the race front.

Always on the move, Rosberg already got to top 10 in 10 laps and the Virtual Safety Car was only doing him a favor. He went into the pits to change tires and ended up back in 14. ‘’Yeah, yeah, yeah, I know, stay positive’’, was the German’s answer when the Executive Director Technical Paddy Lowe told him to be optimistic. 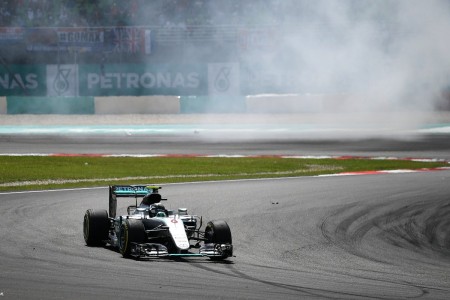 At the front, Hamilton was 2.5 seconds ahead of Daniel Ricciardo. The Aussie’s teammate, Max Verstappen, was way faster. Even though he had pitted to change to soft tires, he was still in the 4th position and running fastest laps again and again. Meanwhile, Rosberg sliced his way past Sergio Perez and got the 8th spot on the racetrack.

Max Verstappen was on the move to attack Kimi Raikkonen, but the Finn pitted and avoided duel, but came out right in front of Rosberg. Hamilton and Ricciardo pitted and Verstappen was the new man at the front. The Brit simply ate away the gap between him even without pushing and the Flying Dutch, who hadn’t even pitted yet and was still running on softs. He finally got in, in lap 28 and came out in front of Raikkonen and Rosberg. Nico got hard tires and hoped to keep them all the way to the end. The chase from P6 is back on. Ferrari’s Kimi Raikkonen pitted as well and got his 4th position back. 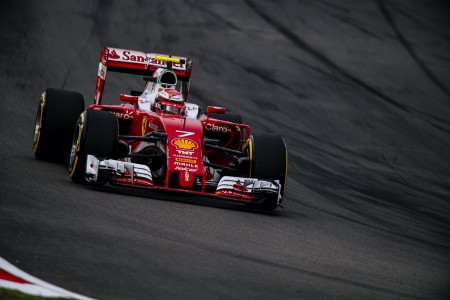 ‘’Blue flag’’, Hamilton barked impatiently as he was trying to sweep past Palmer.

Rosberg was just half a second behind Kimi Raikkonen and tried to push through the exterior. The German seemed not to have learned his lesson and the Mercedes collided with the Ferrari again. Luckily, both stayed on the racetrack. The mechanics in the AMG garage burst into applause.

Ricciardo and Verstappen ran their war for the second spot in the race. Actually for the first, as Hamilton’s engine went on fire! ‘’No, no, no!’’, he cried slamming the steering wheel with his fists, as he had to pull over. At the pitwall, Toto Wolff hid his desperate face away from the disaster. 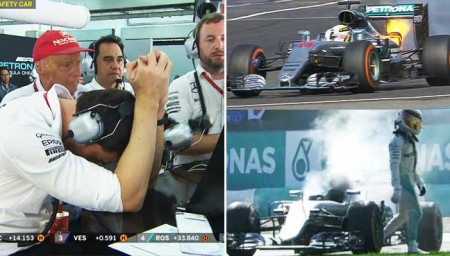 During the Virtual Safety Car presence, both Red Bull drivers went into pits. Rosberg changed tires as well in the midst of the racetrack madness.

Rosberg got a 10-second penalty for the collision with Kimi Raikkonen. Toto Wolff is living the drama in front of the monitors. Will the German manage to break away from the Finn that runs behind him?

Towards the final lap, he extended his gap to 11.5 seconds, which meant a podium for the only Mercedes-AMG PETRONAS driver left on the racetrack, right behind the two Red Bull-s driven by Daniel Ricciardo and Max Verstapen. 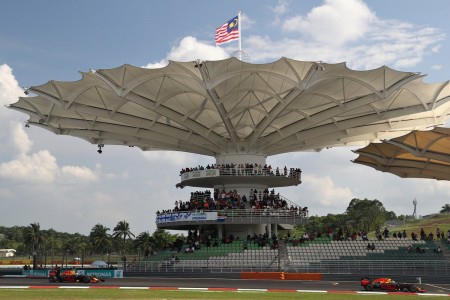 Rosberg plays the barman, as Daniel Ricciardo treats everyone with a drink from his shoe, a signature gesture for the Aussie.

Nico Rosberg stays the championship leader, with a solid 23-point gap ahead of teammate Hamilton.