Delighted by the increase in sales of the Porsche 928 in the 1980s, Porsche thought of a four-door model – the 989 project – on which it worked between 1989 and 1992 without ever entering series production. Porsche tested a new V8 engine on a Mercedes  230 CE W124 Coupe.

The Mercedes C230 W124 coupe presented by the German magazine auto motor und sport has a Porsche V8 engine. This is one of the few survivors of a stopped project. This V8 engine should have been under the hood of the Porsche 989, the first 4-door Porsche that the Stuttgart sports car manufacturer worked on from 1989 until the end of 1991, before the project was definitively stopped in January 1992.

In developing a completely new model there is the practice of testing important components on existing cars that have similar footprint and weight before the new model is ready. This saves time in development and secondly new technologies can be tested away from the eyes of rivals because a car already in production on which various components are tested does not attract attention at all. This was also the case with the Porsche 989 project, a completely new car with a completely new engine. 989 should have appeared after the end of production of the 928 in 1995, but the project was stopped in 1992. So, the idea of a 4-door Porsche sport dates back 20 years before the launch of the Panamera. 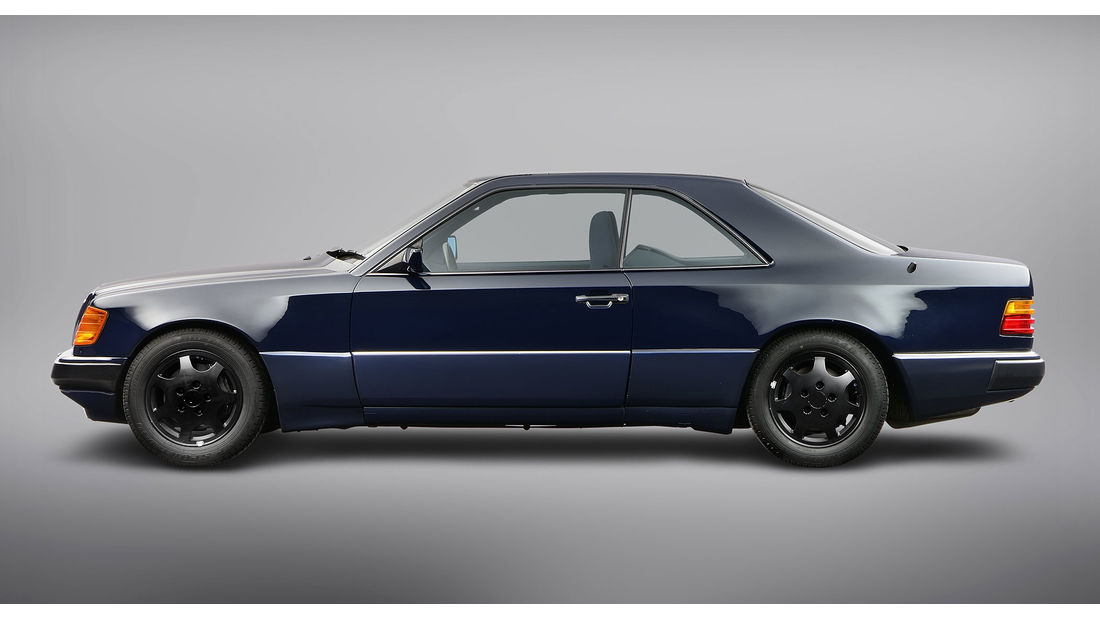 Because the 989’s body was not ready, Porsche decided to test the new 3.6-liter, 300 HP V8 engine on a Mercedes 230 CE of the W124 series. One of these cars has been kept to this day in Porsche’s quality control studio. From the outside it is almost impossible to realize that this Mercedes has a Porsche engine.

Even the 225/55 ZR16 tires are close in size to the 500E. Whoever had the opportunity to lift the hood clearly sees that it is not a production car. However, the Porsche logo only appears on the battery. It is located where the engine control unit was positioned at 500E: on the left rear in the engine compartment. 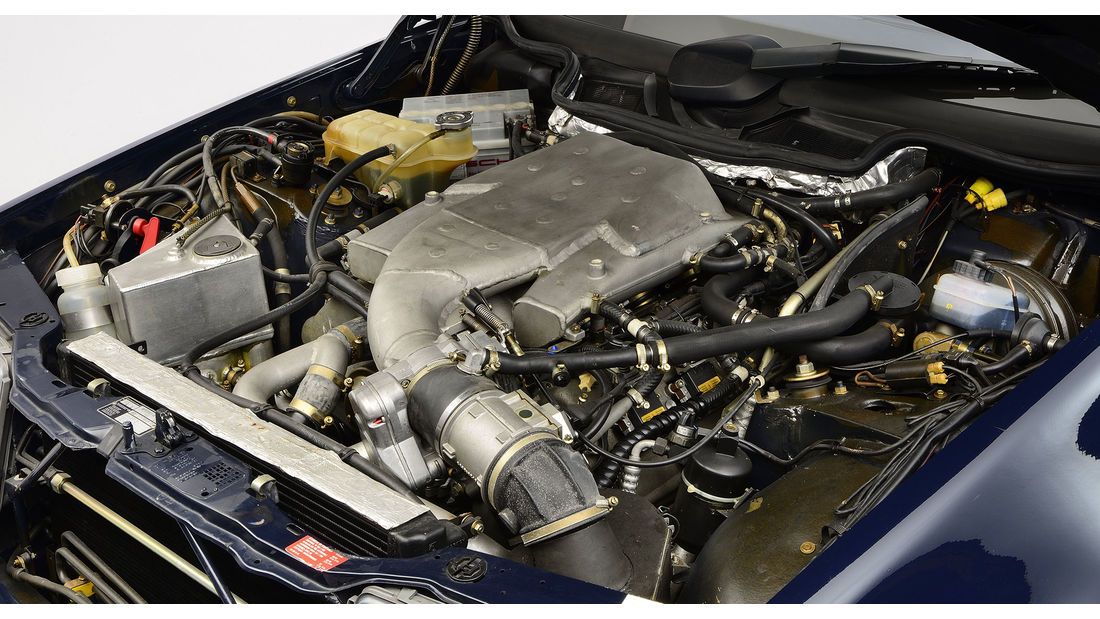 The interior was modified by Porsche and you could see the seats with integrated headrests, the airbag integrated in the steering wheel and a Porsche gearstick for the manual gearbox. Instead of the typical Mercedes parking foot brake, the prototype had a classic hand brake on the center console. 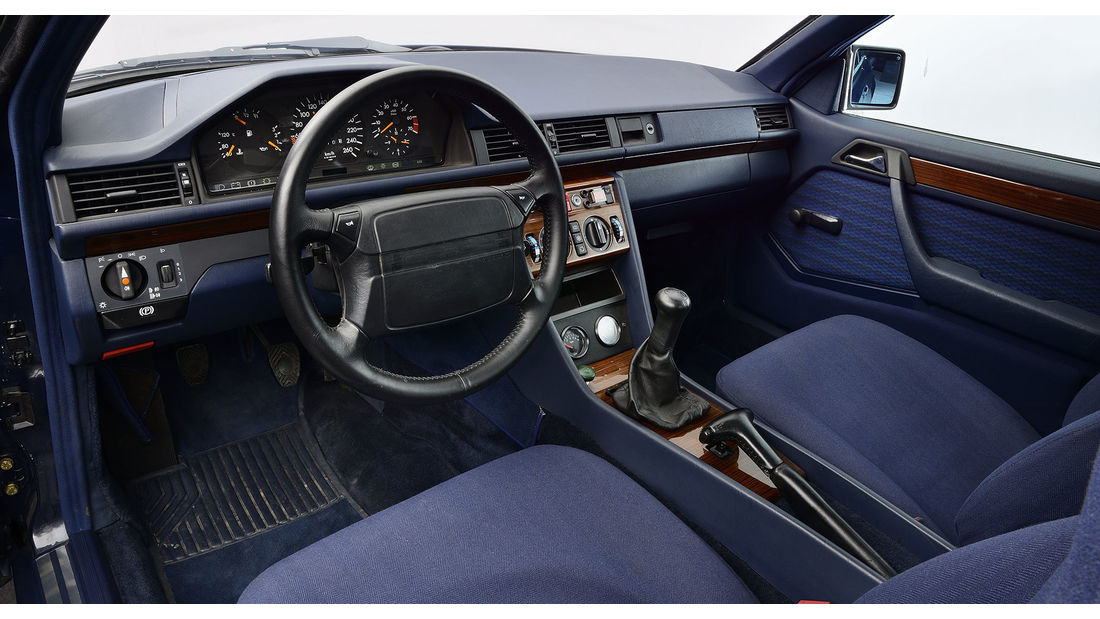 Started in 1989, the project was finally stopped in January 1992. Porsche CEO Arno Bohn and development manager Ulrich Bez were forced to leave and Wendelin Wiedeking came to the helm. He stopped the project as unprofitable and focused on launching the new Boxster roadster (986) and new water-cooled Porsche 911 (996), which shared many Boxster components. In 1995, the 928 went out of production and the only Porsche V8 engine remained in the Mercedes 500E. After 8 years, in 2003, Porsche has launched a new V8 engine in the Cayenne SUV. The modern successor of the stopped 989, the Panamera, was launched in 2009, also with V8.