Mercedes C-Class will undergo a major facelift this year. Auto motor und sport reveals the first pictures of the new cockpit and also of the upcoming Mercedes C-Class T-Model facelift.

C-Class with S-Class cockpit. This is how the update can be quickly summarized. The spy pictures show the C-Class with the dual-TFT screen layout known from the S-Class. After this display arrangement has been passed on to the new E-Class, it is clear that the new C-Class will also offer the digital cockpit as an option in its facelift version. This is also a logical addition to the gadgets’ list, since Audi is already offering digital instruments for the A4. 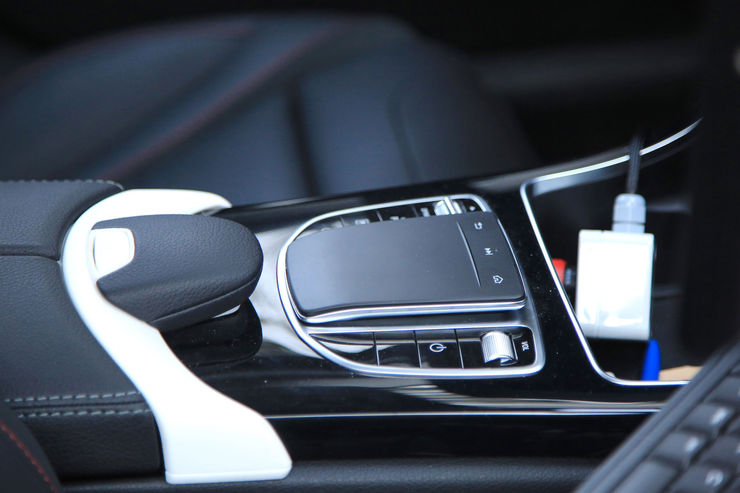 The latest spy pictures also reveal the new three-spoke steering wheel with new integrated touch controls (mixed with classic buttons), reminiscent of those found on the new E-Class. In addition, a further feature from the (updated) S-Class: the touchpad on the center console replacing the current rotary knob and the latest version of the Comand infotainment system which can also be operated by gesture control. 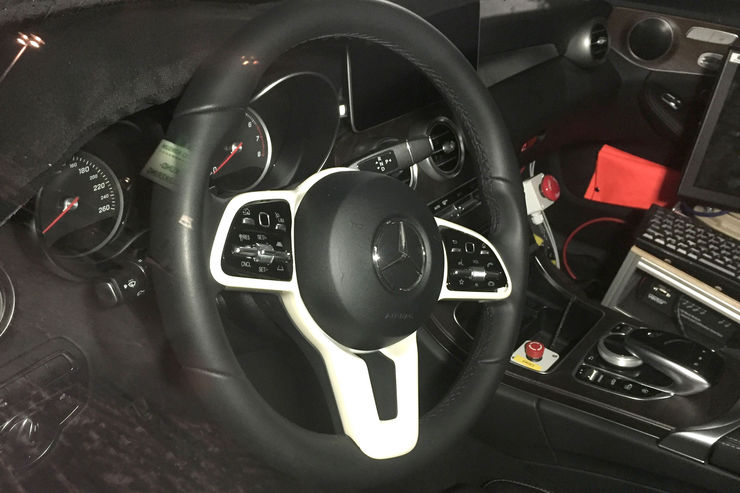 Outside, spy pics show the new Mercedes C-Class only gets a few minor optical changes around the front end. Reformatted taillights, a slightly different interpretation of the grille and headlamp units and new bumpers on both front and rear. That is it.

In terms of engines, the Mercedes C-Class model year 2018 will offer largely the same units, re-tuned for better performance and less emissions. Diesel engines will be part of the new OM654 family and feature 2.0-litre displacement. The 200 d comes with 150 hp, the 220 d with 194 hp and the 300 d with 230 hp. In the petrol line-up, the V6 is converted to the new in-line six cylinder. In addition, the new 2.0-litre four-cylinder turbo with up to 272 hp is used. The petrol engines are partly based on the new 48V electric network, which allows electric boosters and electric chargers. The hybrid drive train in the C-Class gets more electrical power and a greater electrical range.

The Mercedes C-Class facelift will be presented this autumn, presumably at the IAA Frankfurt motor show.