“The best or nothing” is the self-confident brand motif of Mercedes. How well does the current C-Class live up to this claim? Auto motor und sport drove a Mercedes C 250 T-model exactly 100,055 kilometers. Mercedes C-Class ENDURANCE TEST RESULTS.

On a total of 15 accompanying maps, drivers have entered tank registrations, noted down their comments and recorded – both positive and negative – abnormalities. Usually an exciting read. Not so with the Mercedes C 250 d, which is initially called BlueTec. A little later, the renaming of the diesel models saw it retain only the 250 d moniker.

Above all praise can be read on the first pages, for the Airmatic suspension, the seats, the steering and the engine. But in turn. In the summer of 2015, the dark blue C 250 d T started the endurance test, with 204 hp and the standard 7G Tronic gearbox. Plus a two-page list of optional equipment that ends with a vehicle price of 67,532.50 euros. Thus, this Mercedes comes with special features worth nearly 21,000 euros. 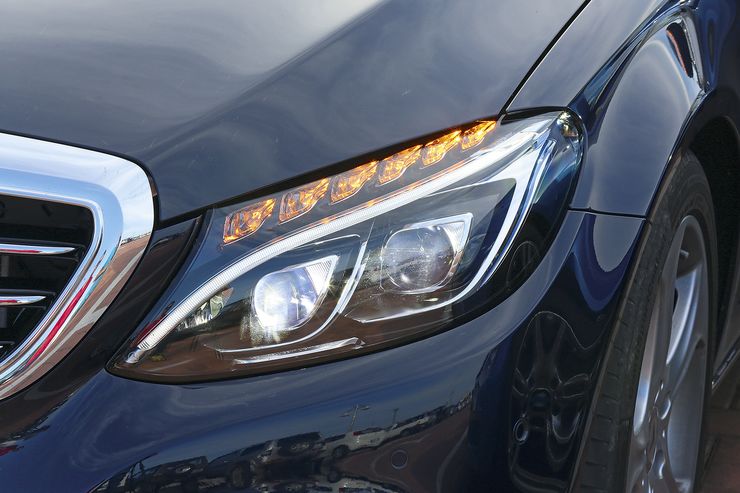 Great light, super seats
In contrast, the good LED light of the Intelligent Light System headlights is often highlighted positively and is actually indispensable. However, it costs € 1,725, according to the list, because as standard the C-Class still comes with halogen light. However, the surcharge drops to 696 euros, if the recommended business package Plus for 2.499 euros is selected. Because in addition to larger containers for fuel and AdBlue, the seat comfort package with heated seats in front, the inexpensive Garmin sat nav and windshield wipers with rain sensor and normal LED headlamps are included. If one takes the large Comand online package too, another 2.261 euro are added.

Another option that is rather nice than useful – the seat covers in saddle brown Designo leather for 3,510 euros. Its beautifully quilted seams enhance the interior, and you sit perfectly on the very good armchairs. The praise for the seats can be found in many comments on the endurance test car. “Top seats even after seven hours on the highway”.

Not even the lack of all-electric adjustability disturbed, in the seat package are contained only electrically adjustable seat cushion inclination and lumbar support. 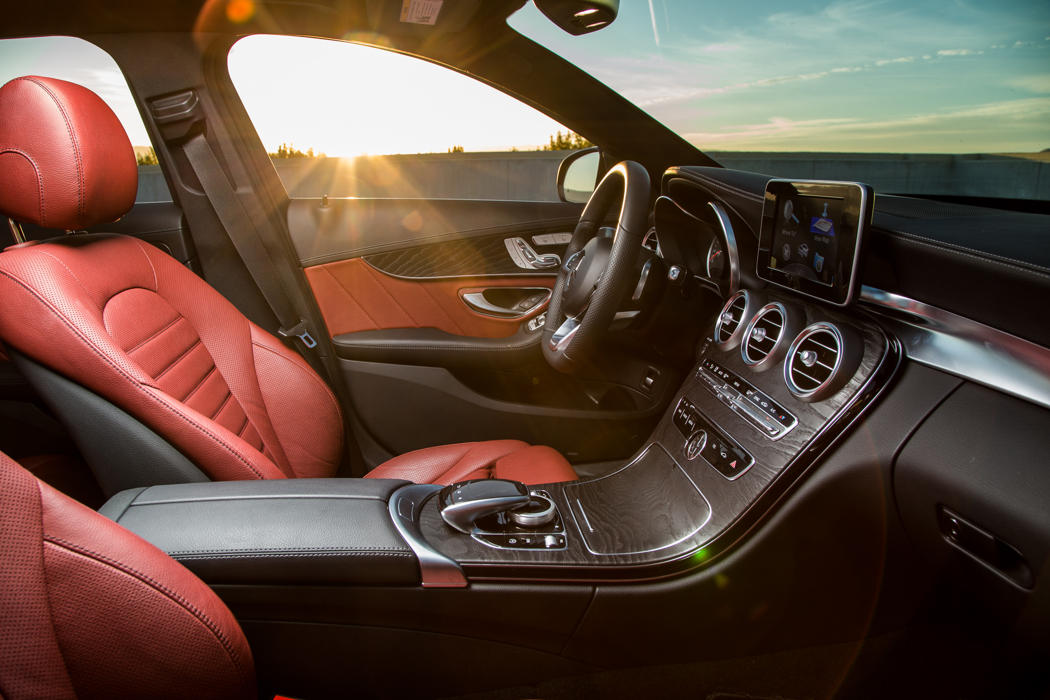 Much used and often positively mentioned were also the various functions of the driver assistance package Plus for 2,499 euros, such as the Distronic distance pilot. “Works well, I’ve used often and like,” was an entry. In the many readers’ letters to the C-class, the Distronic is also mentioned more often positive.

But not all the extras of the driver assistance package were used so much. Among other things, criticism was received by the active lane-keeping assistant; its intervention appeared to some colleagues as too harsh and unnecessarily violent, and also that the active brake assistants like to interpret approaching roundabouts as obstacles and warned just as unnecessarily as violently, was not so good on many vehicle users.

In addition to the awkward assistance systems, the criticism focused on the operation. The Mercedes-typical menu design took many to get used to, as well as the distribution of functions between the controller in the center console and the steering wheel buttons. Similarly impractical appears the placement of the volume control in the center console on the passenger side of the rotary-push-knob. There was also little applause for the often felt as cheap loading space blind.

In the mid-2018 imminent model update – which should be mentioned here – among other things, the operating concept and the driver assistance are updated too. In addition, new diesel engines are used, which after the experience with the C 250 d does not necessarily appear necessary. In the test car, the OM 651 convinced together with the seven-speed automatic (since April 2016: 9G-Tronic) as a powerful, economical and nerve-sparing harmonic drive unit. 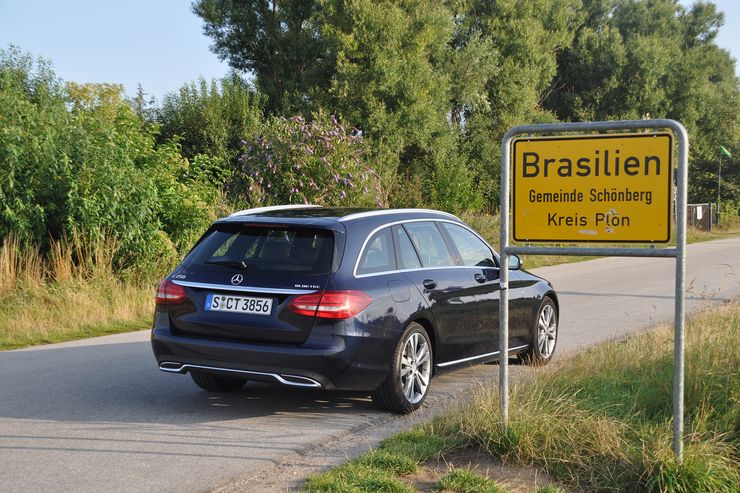 Great coverage
Tangible defects were false, and the two unplanned workshop visits would have saved a private customer possibly. At mileage 30.758 vibration noises in the front end were criticized at low speeds and made a not properly laid hose line in the engine compartment as the cause. Since then, the phenomenon has not occurred again. The second stop at odometer reading 68,432 suggested clicking sounds from the front axle, which evidently stems from the slightly tense installation of the steering unit. Loosening and re-tightening the screw connection provided a lasting remedy. Both visits fell under the factory warranty, 2.5 points in the shortage index conceded the C 250 d for it. Thus, this Mercedes is in the deficiency rating in its class, after all, in fourth place, and otherwise, the balance sheet can be seen – about the consumption.

Only 7.5 liters of diesel required the blue car on average for 100 kilometers – in view of the performance and the considerable transport capacity of the T-model a favorable value. The minimum was 5.5 liters and never more than ten. Even after very fast Autobahn routes the average consumption was a maximum of 9.8 liters. This, in conjunction with the optional 66-liter tank for long ranges, more than 1,000 km were the norm between the gas station visits.

Also noticeable: the very reliable display of the remaining range. Nervous and experienced users often came up with refills of more than 63 liters. Thus, a total of 7,536.8 liters of diesel flowed through the injectors, supplemented by 86.5 liters of AdBlue for catalytic nitrogen oxide processing. Incidentally, both liquids costed 8,787 euros.

Not so sparingly, the Mercedes dealt with the tires, including the original equipment with Conti SportContact 5 – we changed almost four sets. That summed up – proportionately calculated – to 1,019 euros, because the last two sentences summer and winter tires still had more than 50 percent profile. Exactly zero euros were paid for refill oil, as the regular oil changes were enough. Four times the C 250 came to the service, every 25,000 km is due for a routine workshop visit. As well as the very high loss in value (57.8 percent), this star is not a cheap but a very good one. 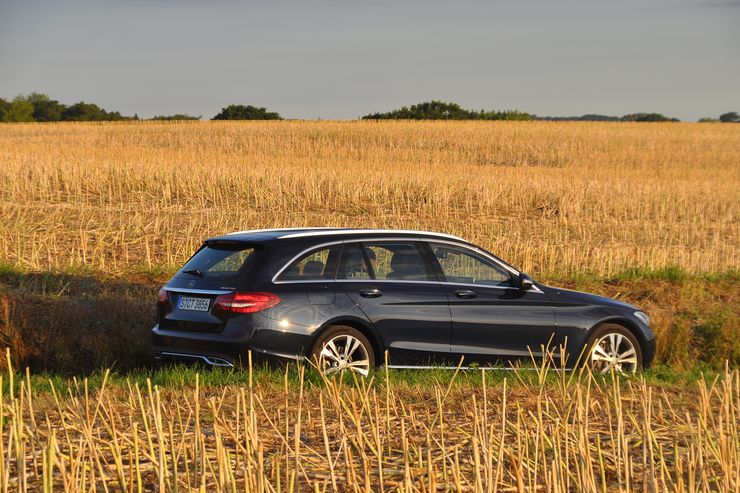 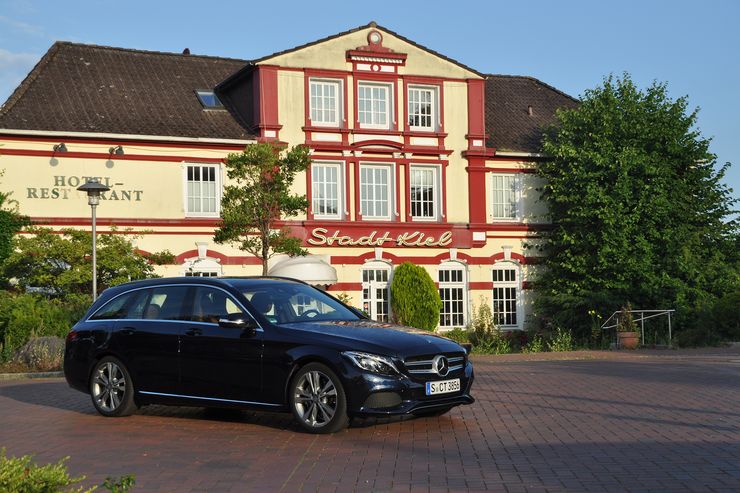 Twice had the dark blue Mercedes C 250 d T-Model in the test (outside the maintenance appointments) visted the workshop and this tarnishes the impression a little. But otherwise the combination shines on the last day of the endurance test as on the first. The C-Class is a very solid, economical and spacious station wagon, which is still good for many more kilometers after this test – a real Benz.