Mercedes-Benz C-Class Cabrio has been caught ahead of its 2016 debut. Set to become the cheapest convertible in Mercedes’ current portofolio, the new open-top model will be cheaper than the base SLK (future SLC) roadster.

The C-Class cabrio prototype – known under the internal code name C 205; pictured here has been photographed by carparazzi near the famous Nurburgring circuit. Mercedes’ new C-Class Cabrio will inherit the platform of the current C-Class sedan, a predictable decision, following the move upmarket for the future E-Class Coupe and Cabrio to the bigger model’s architecture.

The Mercedes-Benz C-Class Cabrio will rival the likes of Audi A5 cabrio and BMW 3 Series cabrio, a territory previously covered, albeit in larger form, by the CLK cabrio and the old E-Class convertible that’s closer in size to the BMW 6 Series.

The new Cabrio will feature a canvas roof, solution with inherent advantages for both weight and cost. In therms of design, the Mercedes C-Class Cabrio will surpass even the S-class Coupe’s sleekness, says design chief Gorden Wagener, who insists the C will be “even better to drive than it looks”. 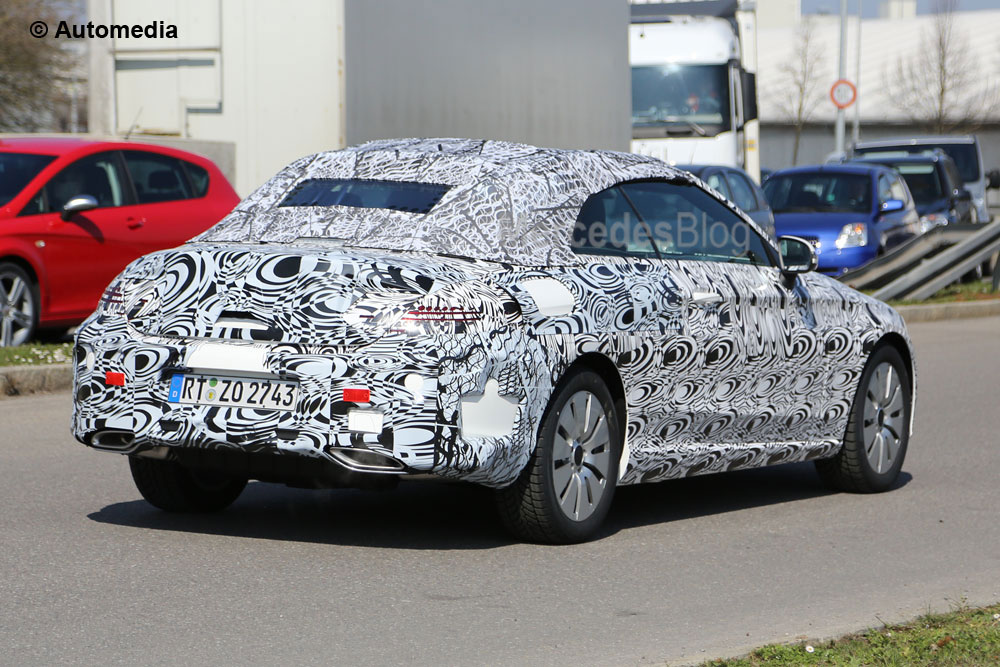 According to AMG boss Tobias Moers,  a C63 AMG version will be available right from the start in Mercedes-AMG division’s quest to topple BMW’s recently revamped M4. Power will come from the brand new 500-plus HP 4.0-liter V8 made by AMG, which in theory at least, should give it a small advantage over the BMW M4. A 3.0-liter V6 bi-turbo with 333 HP is expected to replace the current 3.5-liter V6 model, alongside a fresh to the line-up Plug-In Hybrid version.

The new C-Class Cabrio will hit Mercedes showrooms next year with its coupe sibling already confirmed for this September.