The Mercedes-Benz X-Class has long fallen in disgrace. Massive disinterest and very low sales determined the premium car maker to cut off manufacturing. But the model kept its charm. It now sports license plates that cost a fortune.

A short production period doesn’t necessarily mean that the model is a failure. Actually, following its exit from the Mercedes-Benz portofolio, it became quite an attraction for tuning companies. Projects from Carlex Design or from Kahn are true head-turners.

A British company proves once again that the premium car maker stopped making it, the luxury pick-up truck has become more interesting. Interesting enough to get a major makeover. Chelsea Truck Company provided it with the necessary goodies. 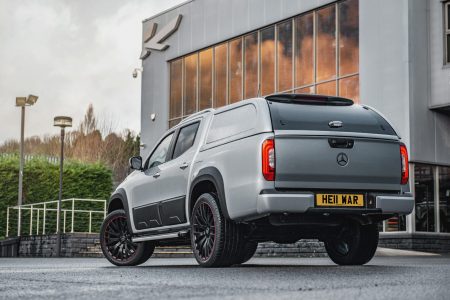 The British tuner sells the truck with an asking price of little over $63,590. But the price does not include the special license plate.

Chelsea Truck Company also fitted windows and a roof on the load area. This changes the whole aspect of the truck. The model also gets 22-inch RS-XF wheels. Flared front and rear arches are part of the looks. 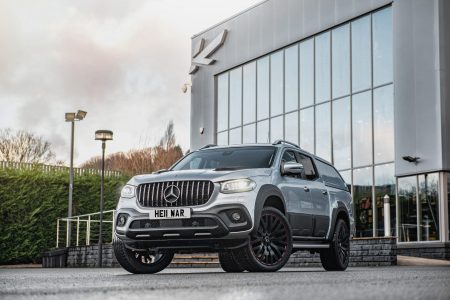 The experts designed a new front bumper, a new grille and fitted a vented hood to shelter the engine. There are protective guards on the doors as well. Chelsea Truck Company also provides bulletproof glass on request.

The interior also underwent several tweaks. The seats received quilted black leather with contrast stitching in red. The pattern continues on the center armrest, on the door armrests, on the dashboard, as well as on the gear selector.

No word though on any intervention on the engine. Actually, the British tuner does not even mention the exact engine that powers this specific unit. 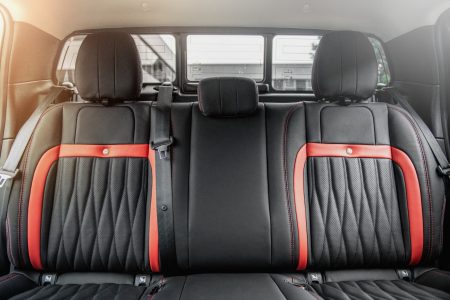