Mercedes-Benz X-Class joins Guiness World Record. What is it about?

Pro mountain bikers Amir Kabbani and Patrick Schweika have set a new Guiness World Records title and the Mercedes-Benz X-Class was part of the hit. They made the greatest descent on a mountain bike in 24 hours.

The record-breaking took place in Schlaming (Austria). The premium pick-up truck accompanied the two athletes as they descended the 1,074.75 meters altitude as often as possible within 24 hours, in order to smash the previous world record of 32,796 meters. They actually shattered it, as they covered 40,840.5 meters. 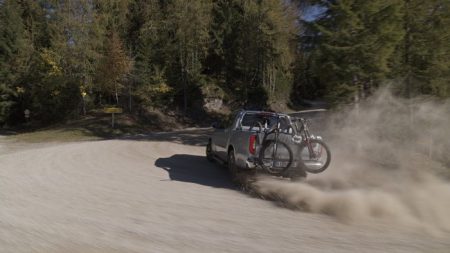 Each of the descents was awaited by the X-Class down below, to take the sportsman back up rapidly, all the way to the starting point. The characteristics of the model were just right for them. The generously sized load bed offered space for their mountain bikes, they were easily loaded and unloaded in order for them to gain time, as every second counts in such situations.

The route up covered a winding asphalt road, followed by a gravel track, for which the X-Class brought its dynamic and off-road abilities. 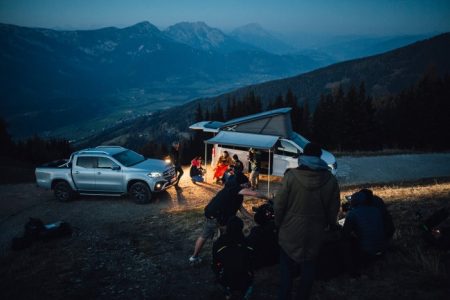 Amir Kabbani, 29, has been active in the world of mountain biking since 2003 and is a specialist in slopestyle and freeriding. He was crowned Mountain Biker of the Year in 2009/2010 and also won the FISE Slopestyle Contest in Montpellier, France, in 2015.

His partner, Patrick Schweika, 28, transformed a life-long passion into a job ten years ago, when he became a professional dirt jumper. He is a specialist of the same disciplines as Kabbani and boasts successes such as a sixth place at GlemmRide in Saalbach Hinterglemm (Austria) in 2015 and fourth place at the IXS Dirt Masters Slopestyle in 2014. 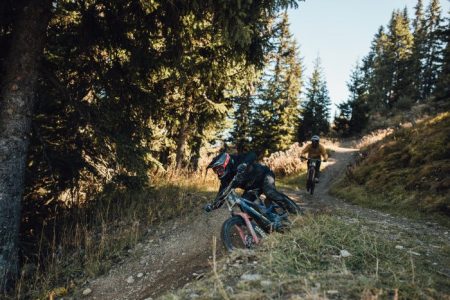 The clip shared on social media by the company was developed in collaboration with the agency M&C Saatchi Sport&Entertainment, based in Berlin.