Saalfelden, Austria. That was the place to be for some extra adrenaline behind the wheel. The Austrian Alps hosted the very first stage of the 2015 Winter Driving Event organized by Mercedes-Benz.

The Saalfelden venue was just the opening stage of the Mercedes-Benz winter driving event. Some of the most powerful cars of the brand went sliding on ice and snow to prove that any slip can be reversible and perfectly mastered. At least they were on the secure closed course of 120 000 square meters provided for the event. The drivers went behind the wheel of the brand new C63 AMG Edition 507, of the CLS and of the A45 AMG. 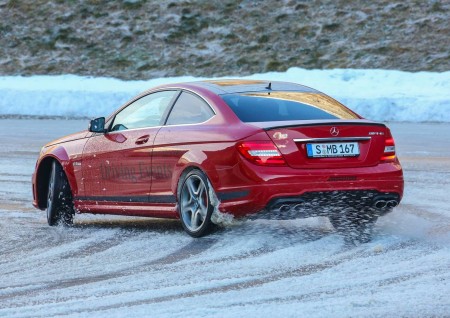 Even though they needed fake snow for the beginning of their practice, it started to snow eventually. Thus the ground conditions of the ice arena turned Saalfelden into the perfect spot for on-road and off-road training. 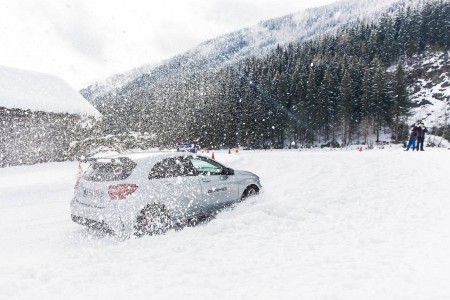 The amateur participants did specific practice on the ice track and they learned how to have full control of the vehicle during slaloming, braking while cornering and sudden lane changes. With a pro instructor seating right next to them, in the passenger seat, they were allowed to push the cars to the limit so they could feel the entire force, driving pleasure and dynamism that such an experience can bring.

For the Winter Training Perfection practice, the drivers performed similar drills, but at much higher speeds, on a 2.5 km handling ice course. They were taught by professionals how to keep the car in permanent drifting. All cars that were involved in the drill were provided with spiked tires to help them hold on to the ground. Swift lane shifts and emergency braking during cornering are the techniques the drivers learned in order not to be caught off guard in the winter hazards.

Watch the following video to see what happened during the off-road driving drills: