The Mercedes-Benz executives just can’t believe the figures. 2.3 million cars were sold worldwide in 2017, a 9.9% growth. It was the seventh consecutive record year for the sales department of the Stuttgart grand brand.

2017 was the company’s most successful year of all time, with exactly 2,289,344 delivered. The E-Class Saloon and Estate, together with the SUVs, made the company’s figures skyrocket. Mercedes was thus the best-selling premium car maker in Europe, Asia-Pacific and in the NAFTA region.

As a result of its success in all three core regions – Europe, Asia-Pacific and NAFTA – Mercedes-Benz was the best-selling premium brand in the automobile industry for the second consecutive year. No other German automobile brand in the premium segment posted as strong growth as the Stuttgart-based company with the three-pointed star in 2017.

“We can be proud of that achievement – and we will build on it. Success in our core business provides the basis for us to actively shape the mobility of the future. In 2018, we will systematically continue along this path with CASE”, says Dr Dieter Zetsche, Chairman of the Board of Management of Daimler AG and Head of Mercedes-Benz Cars. 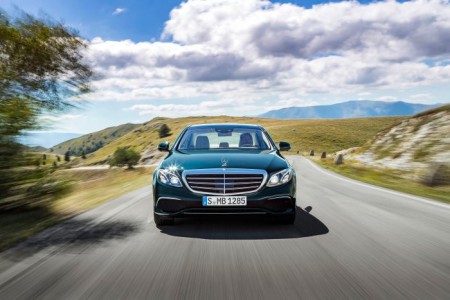 Last year, there was no other premium brand with so many new registrations in markets such as Germany, Great Britain, France, Turkey, Switzerland, Poland, Portugal, Denmark, Czech Republic, Finland, Greece, South Korea, Japan, Australia, Taiwan, India, the USA, Canada, Mexico and Brazil. 955,301 cars stayed in Europe, marking a 6,4% growth, with 300,000 units being accounted by the home market, Germany. 875,250 cars made their way to the customers in the Asia-Pacific region. China stayed the biggest sales market worldwide, with 587,868 Mercedes-Benz automobiles handed over to customers last year.

The compact range, integrating the A, the B, the CLA, the CLA Shooting Brake and the GLA sold more than 620,000 units worldwide, with Germany and once again China accounting for most of them. Mercedes-Benz boasts a figure of 5,555,555 compact cars sold since the A-Class saw the light of day as a segment pioneer, in 1997.

The C-Class keeps its bestseller reputation, as more than 415,000 units of the saloon and of the estate were sold last year. About a quarter of them were the long-wheelbase version of the C-Class Saloon, which is produced and sold solely in China. The C was followed by the record-breaker E-Class, with more than 350,000 units delivered. Never before were more E-Class cars sold in one year than in 2017. China doubled the model sales last year, where most customers order the long-wheelbase variant, a model built there and only delivered in China and India.

Launched by the mid-2017, the new S-Class saloon convinced about 70,000 customers, while the super exclusive Mercedes-Maybach S-Class was the top priority for 25,000 well-heeled clients. 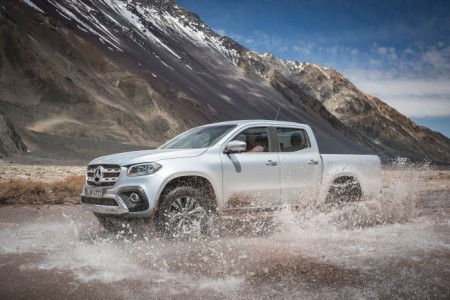 805,000 SUVs completed the passenger cars sales, with China, Germany, France, the US and Great Britain being the most willing to take them in, with the GLC, the GLC Coupe and the GLA being the family’s top favorites. 58,000 preferred the V-Class and the X-Class, the latter being the company’s latest creation and already being ordered in no less than 1,900 units. The tiniest member of the family, the smart, went to 135,000 drivers last year.

The Mercedes-AMG powerhouse kept its ground, selling more than 130,000 high-performance vehicles in 2017. 131,970 AMGs, to be more precise, were delivered to those in need for speed.