Back in 1954 and 1955, Mercedes hurried from victory to victory and title to title with the W 196 R Streamliner. South Korean designer Minwoong Im took inspiration from the legendary streamlined racing car and designed an autonomous GT racer for 2040.

How the times are similar. Mercedes dominates the modern and highly commercialized Formula 1 with hybrid drive technology at will. In the middle of the 1950s, long before e-motors and batteries as a storage medium for braking and exhaust gas power in racing cars appeared, Mercedes experienced a similar dominance. Mercedes and Juan Manuel Fangio won the drivers ‘championship titles in 1954 and 1955. The Constructors’ World Championship was not yet conquered until 1958.

Fangio started the 1954 season on a Maserati 250F. Only in the fourth Grand Prix, the Argentine changed to Mercedes. Because the W 196 started the season with a delay. In his first appearance in Reims / France, Fangio won. Mercedes used two different racing cars during this time. The fully clad W 196 Streamliner was used on fast racing circuits like Reims and Monza. The version without clad wheels on slow and winding slopes. The engine was a naturally aspirated 2.5-liter eight-cylinder engine, which initially sputtered about 256 hp, then 290 hp. The engine was slanted in the grate tube frame. 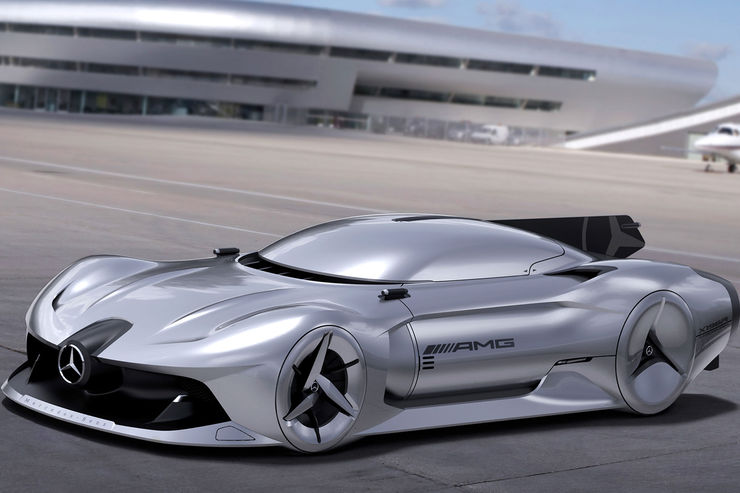 Above all, the design of the power-line racing car has stuck into the minds of motorsport fans. The W 196 Streamliner also raced into the thoughts of Minwoong Im and did not let him go. The South Korean designer developed a vision that is just as impressive: the Mercedes 2040 W196R Streamliner – an autonomous driving GT for the road from the year 2040 onwards.

The idea behind it: By 2040, a road network could be created, which is only used by autonomous cars. And because the technology in the cars is so sophisticated, GT racers could shoot at 500 km / h from A to B. The Mercedes 2040 W196R is a streamliner. 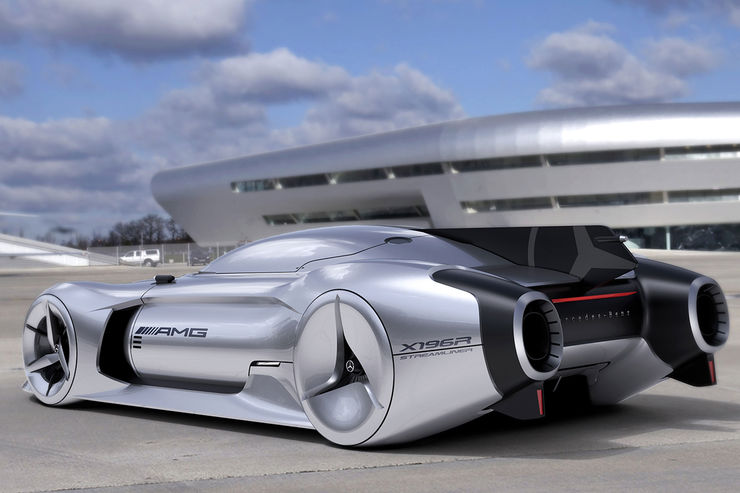 The depiction of the legendary model is unmistakable. For the future, however, Minwoong Im has radicalized the design. A big mouth sips the asphalt. When designing the side, the Im suggested the barrel of a revolver. Underneath this are the turbines of the jet engine, which protrude dominantly from the rear. The view for the cockpit is so narrow that probably not even a kitten would get through. From the roof, the Concept grows a succinct fin – looks like a Le Mans racing car. Minwoong Im’s creation does not have a rear wing.

The front rims look like turbine blades, the rear rims are fully clad. The dimensions of the flyer: 4.875 millimeters long, 2.040 millimeters wide and 1,100 millimeters high. A very coherent and aggressive GT for the future. But we would have a suggestion: The driver should also fly to 2040. 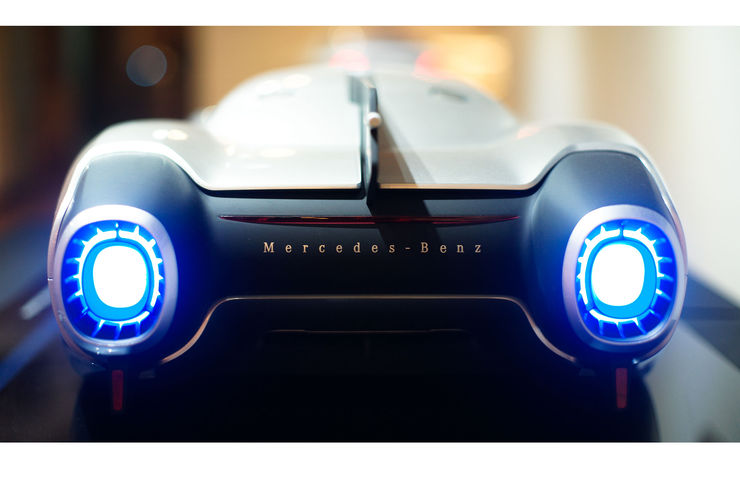