Mercedes-Benz Vito Taxi is a market leader in London

The Mercedes-Benz Vito Taxi is outselling all competing models in London. A study published by the Transport for London Association confirms the numbers that make the car the London-residents’ and tourists’ favorite.

The vehicle guarantees unparalleled levels of space and refinement for the driver and for up to six passengers, also providing wheelchair access. The Vito cab is standardly fit with an engine start-stop function, electric folding mirrors, electrically-operated sliding doors on both sides and an electrical steps to facilitate access and for the full comfort of the passengers, the seats are wrapped in leather. 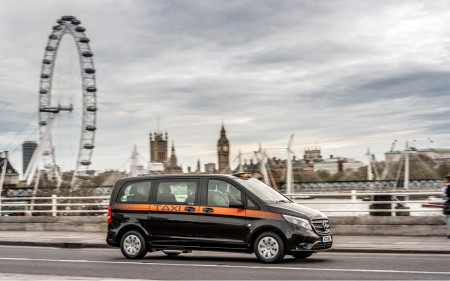 No less than 625 Mercedes-Benz Vito Taxis have been licensed from January to September 2017, compared to 474 TX4 during the same period. With a comfortable market share of more than 55 percent in the London black cab sector for 2017 year to date, Mercedes-Benz is now leading the market in the English capital with the Vito Taxi.

Vito Taxi joined the so-called “Black Cabs” back in 2008. This past February, it underwent a complete overhaul. More than 3,000 units of the previous London model have been delivered to customers since its introduction nine years ago.