Steve Cannon, CEO of Mercedes-Benz USA, said that around 40 percent of company employees are expected to move when the New Jersey headquarters moves to Atlanta. 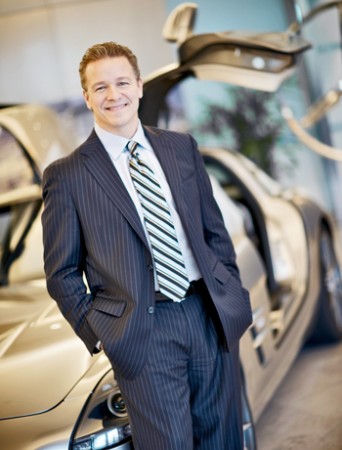 According to Automotive News, Steve Cannon said that Mercedes-Benz will lose talent, and that is “an unfortunate byproduct of a move like this. It will be painful for people who have helped our company.” Furthermore, he added that, for the Stuttgart-based company it represents an important opportunity for the future.

Mercedes-Benz has already made offers to some of the 1,053 employees it wants to keep within the company and they have enough time to decide until April 15. Cannon didn’t give any details regarding how many offers have been made but it will be most likely based on experience.

The new headquarters will be only two hours away from the Mercedes-Benz plant in Tuscaloosa, Alabama. More than 26,000 corporate and dealership employees will have to attend a two-day immersion program in Mercedes-Benz culture over the next few years.

After much speculation and rumours, Mercedes-Benz USA has announced on 6th January that it will relocate its U.S. headquarters to Atlanta, starting July. Mercedes-Benz will leave its New Jersey home after 40 years and it will build new headquarters in Atlanta by 2017.

Because it costs less to live near the new headquarters of the company (30% less than Montvale), Steve Cannon said it will be easier to move people from the “field force and vice versa.” He added that “We looked at this as a 50-year decision. We have outlived the useful life of the building we are in. That building does not support our future growth.”

According to Cannon, the decision had to be taken, because the long-term objective implies achieving a sustained, profitable growth, so the headquarters had to be located elsewhere. And their choice was Atlanta.

It’s the second big automotive move in a year, after Toyota took the decision to shift its American headquarters from suburban Los Angeles to the Dallas area.