The first-ever electric Mercedes truck is set to enter pilot production this year. Based on the Urban eTruck study that debuted last year at the IAA, the series model will offer a 200 km (124 miles) zero emissions range – enough for a typical daily delivery tour.

“Following the world premiere in September 2016, at the International Commercial Vehicle Show, the customer reaction was outstanding. We are currently talking to around 20 potential customers from the disposal, foodstuffs, and logistics sector. With the small series, we are now rapidly taking the next step towards a series product”,  Stefan Buchner, Head of Mercedes-Benz Trucks, has revealed.

Mercedes will offer the new electric truck in both 18- and 25-ton versions. To fully suit their clients’ needs, these will be open to customization as a refrigerated body, a dry box body or an open platform. Coupled with the top gross vehicle weight rating of 25 tons, the new Mercedes eTruck will be able to carry a maximum payload of 12.8 tons. 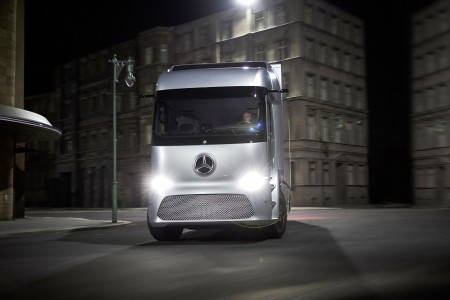 The power is supplied by a battery pack consisting of three lithium-ion battery modules. Thanks to the integrated concept with motors adjacent to the wheel hubs, the batteries are housed in a crash-proof location inside the frame.

The first units of the series Mercedes eTruck will be delivered to customers in Germany and throughout Europe later this year. These will be leased for a trial period of 12 months, during which all trucks will be monitored and supported by the Mercedes-Benz road-testing department.

Daimler’s truck division will also launch a global small series production of the light-duty electric truck Fuso eCanter, later in 2017. Roughly 150 units will be delivered to selected customers in Europe, Japan and USA. 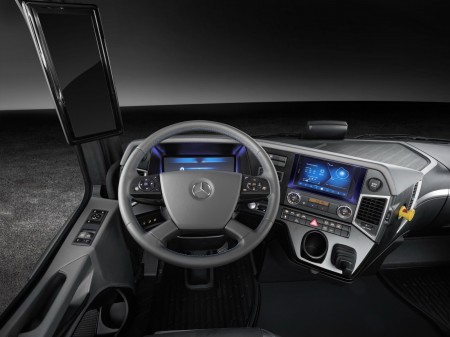