Mercedes-Benz unveil the Metris, the US Vito version

Mercedes-Benz US has recently presented the new Metris model which is basically an American version of the popular Vito van.

Unlike its European counterpart whose best selling powertrains are the diesel ones, the Metris will rely mostly on a 1.9 litre turbocharged petrol unit. The engine is good for 211 PS (155 kW) and 258 lb-ft (that’s about 350 Nm) and should provide enough pulling power for the compact sized van.

While the official info on the features of the “new” car are still scarce, you can expect most of the European gizmos to make it over the ocean and into the Metris. What Mercedes-Benz did say about the Metris is that the panel version (built for cargo shipping) will come equipped with two airbags as well as a seatbelt warning system – on the other hand, the Metris Tourer (the passenger version) promises to offer up to eight airbags. Both body types will have other safety features like Attention Assist, Crosswind Assist and a tyre monitoring system. 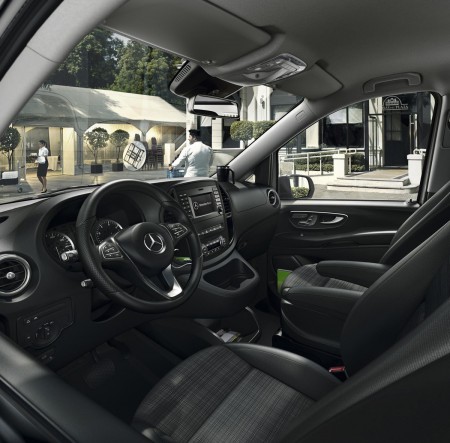 As a side note, expect the Metris Tourer to come with a hefty list of optionals that can transform it into a very comfy long distances vehicle for all its occupants.

Also of interest for our American readers is the fact that Mercedes-Benz has officially announced that the next generation Sprinter van will also be built in the US, in a new plant located in the South Carolina Charleston complex. This will allow the German brand to skip on very demanding import duties and a complex disassembly process that every Germany built Sprinter currently undergoes before it can be sold in the United States of America. This should mean shorter waiting times for the American customers as well as lower prices (or, if Mercedes-Benz should decide to keep the current prices, a heftier profit margin for the company).

And while we’re on the subject of vans, have a look at these crazy concepts, in case you missed them.