Mercedes-Benz has unleashed the mighty S 65 AMG Cabriolet. And with no less than 630 hp and 1000 Nm sent the rear axle, the power war is certainly on again. Full details.

At the introduction of the gorgeously penned S-Class Cabriolet we were only treated to one AMG version, the S 63 Cabriolet. This muscle bundle is now being overtaken on all sides by the powerful S 65 AMG.

Until recently, the S 63 AMG version dominated the S-Class Cabrio range. After all, a V8 with 585 hp and 900 Nm on tap is certainly no walk in the park, even for Mercedes’ biggest detractors.  Now, the top spot in the S-Class Cabriolet line-up is taken by the 65 S Cabriolet with its powerful 6.0-liter V12 biturbo. 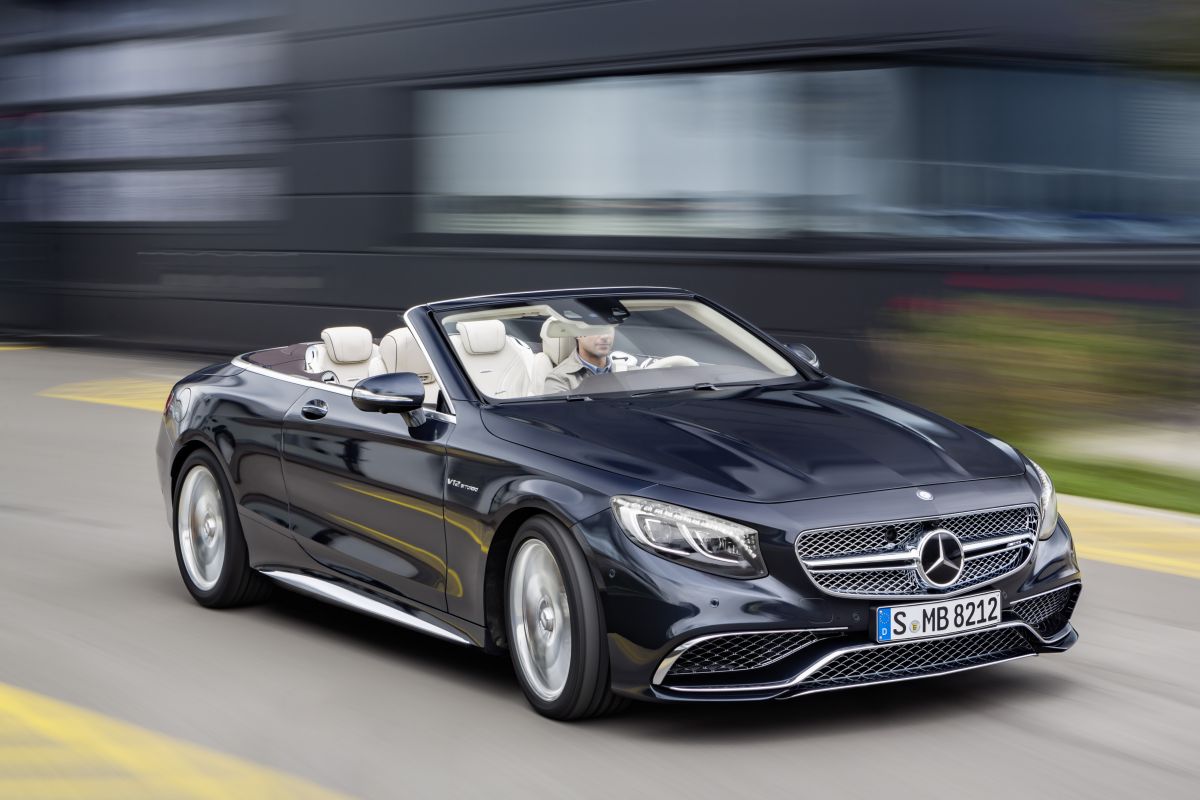 The twelve-cylinder fetches from its six liters of displacement 630 hp between 4800 and 5400 rpm. Torque ratings are even more impactful: the big open Benz stomps out a seriously impressive 1.000 Nm at 2300 rpm to 4300 rpm. The S 65 Cabriolet can sprint in 4.1 seconds from zero to 100 km / h. Top speed – as tradition dictates – is limited to 250 km / h. For an extra charge there is also the AMG Driver’s Package which disables the limiter and V-Max goes up to 300 km / h. Switching is via a Speedshift 7G-TRONIC transmission. The fuel consumption – however irrelevant in this class – is rated at 12 l / 100 km, the equivalent to CO2 emissions of 272 g / km.

It is clear the right clientele for the Mercedes-AMG S 65 Cabriolet don’t simply dream about the hand-crafted V12 but also about the numerous AMG features on offers. Visually, the Cabriolet comes with chrome detailing at the front, the side and at the rear in conjunction with darker, meaner paint shades. A front splitter reduces the lift, the gap above the splitter supplying the engine oil cooler with sufficient air. On the fenders we can clearly read the “V12 Biturbo” logo which draws attention to the power reserve of the mighty V12 under the bonnet. In addition, Mercedes-AMG has grafted new side skirts, two chrome twin tailpipes and 20-inch forged wheels with 255/40 ZR 20 tires at the front and 285/35 ZR 20 on the rear. The huge wheels conceal the optional composite brakes. Approximately 40% lighter than their conventional counterparts, these feature 420 x 40 mm large discs in front and 360 x 32 mm at the Rear  – with red calipers, also an option. 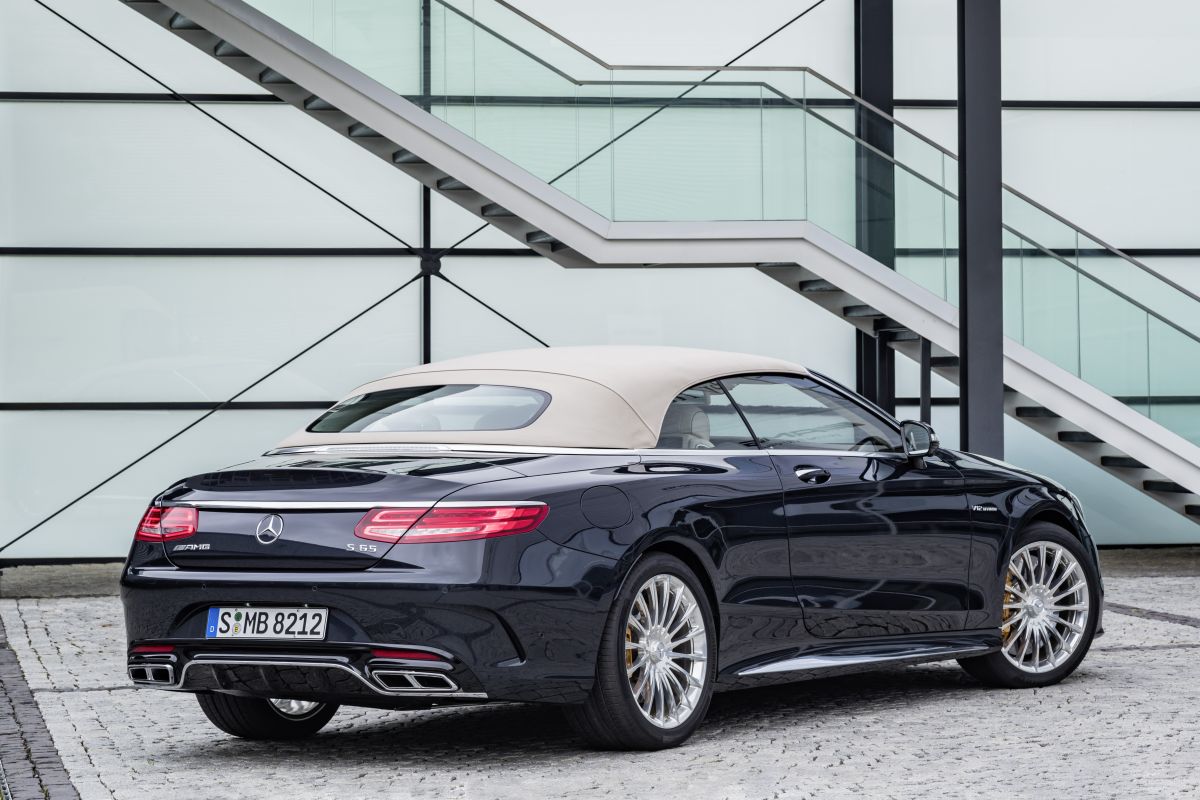 Inside, Mercedes pampers its buyers with leather sport seats complete with specific upholstery layout with a diamond design and contrasting top-stitching. Stronger contoured seat cushions and backrests improve the lateral support in fast corners. The fabric hood is lined with microfiber, leather covers window frame including the A-pillars, roof lining parts and the sun visor. The driver also feels leather under his hands – the 3-spoke leather steering wheel features gearshift paddles, a prominently contoured rim with perforated leather in the grip area and a metal clasp with AMG lettering. 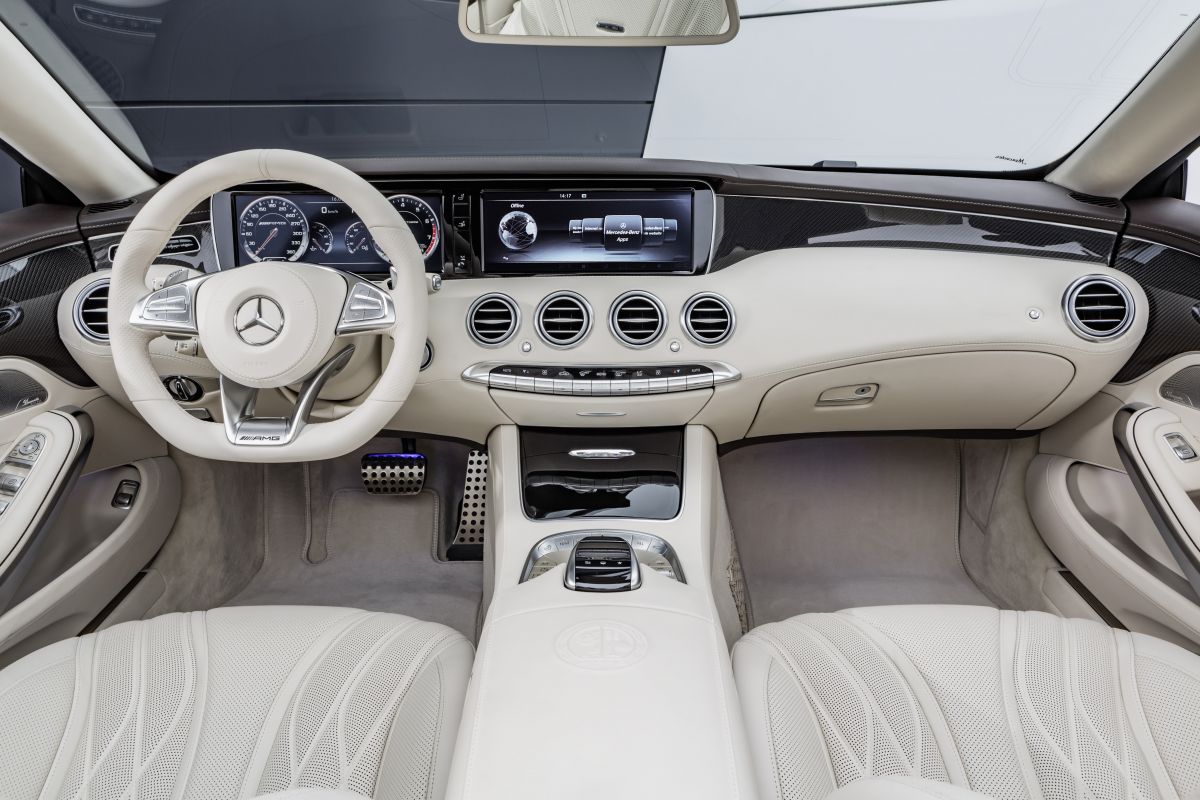 What about the competition? Will the Mercedes-AMG S 65 Convertible’s direct rivals truly stop and take a second glance at Stuttgart’s finest? Yes, they will. All that matters is the point where the rubber meets the road and right there is where the S-Class Cabriolet manages to topple its adversaries.