Mercedes-Benz, the star-nosed reindeer at the Santa Claus Parade

Mercedes-Benz cars pulling Santa’s sleigh instead of the well-known reindeer? Well, it will happen in Canada, at the Toronto Santa Claus Parade, set to take place on November 19th.

Mercedes-Benz Canada will provide the Santa Claus Parade event with a fleet of no less than 30 vehicles, all colors to fit the event: silver grey and “Polar White”. GLE and GLS SUVs will be pulling the festive loads along the main boulevards of the Canadian metropolis. 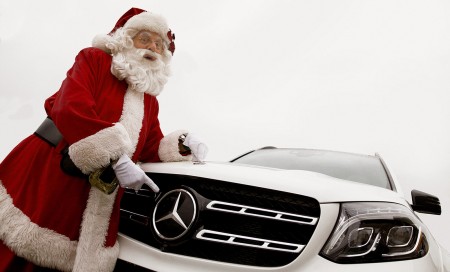 It is the 113th Santa Claus Parade and Mercedes-Benz will be the official automotive sponsor.

“We’re honoured to be a part of this tradition that delights so many by bringing the magic of the holidays to life,” said Virginie Aubert, Vice President of Marketing, Mercedes-Benz Canada. “Santa is obviously the star of this show, but we’re thrilled that our three-pointed star will help pull his sleigh!”