Mercedes-Benz turned out to be the leader in the readers’ choice in the Auto Trophy 2015 World’s Best Cars poll set up by magazine “Auto Zeitung” magazine. The Stuttgart grand brand secured first place in no less than four categories.

Following last year’s decisions that got the C-Class the “Best Mid-size Car” cup and the S-Class the “Best Luxury Saloon” one, Mercedes-Benz sedans repeated their history and were awarded the exact same trophies in 2015, too. 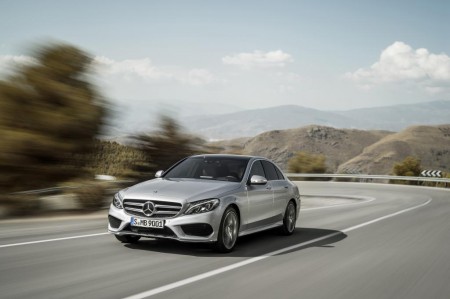 Mercedes-Benz was also voted by the readers of the “Auto Zeitung” magazine, the world’s best brand this year. Last night, at the Cruise Center in Hamburg-Altona, the company with the star also took home the “Quality Trophy” award, for being the brand with the fewest complaints from the customers. The prize was jointly presented by international editorial squads and the technical inspection agency GTÜ.

It was the 28th time the “Auto Trophy” gala took place. The readers of the German magazine had the chance to select from 441 different models and brands, registered in 23 categories. Almost 75,000 car enthusiasts and online users of the Auto Zeitung and other international car magazines took part in the poll to decide on the World’s Best Cars.