Racing driver Hans Stuck had the goal to become the fastest man in the world. Porsche and Daimler created together the Mercedes-Benz T80 Record car with 3,500 hp for a top speed of 650 km / h.

In the automotive industry, we see a lot of ambitious projects – the least weight, the fastest acceleration to build a SUV convertible that looks good. Not all of this was successful, but in any case, none of these projects is as ambitious as the Mercedes record car T80 from 1939. Why record car? Because some men even then were like children. In September 1938, the American John Cobb drove in Bonneville the world speed record of more than 595.04 km / h. But before him racing driver Hans Stuck had the plan to become the fastest man in the world. And as such, of course, he needed a vehicle that knew how to pulverize every record. 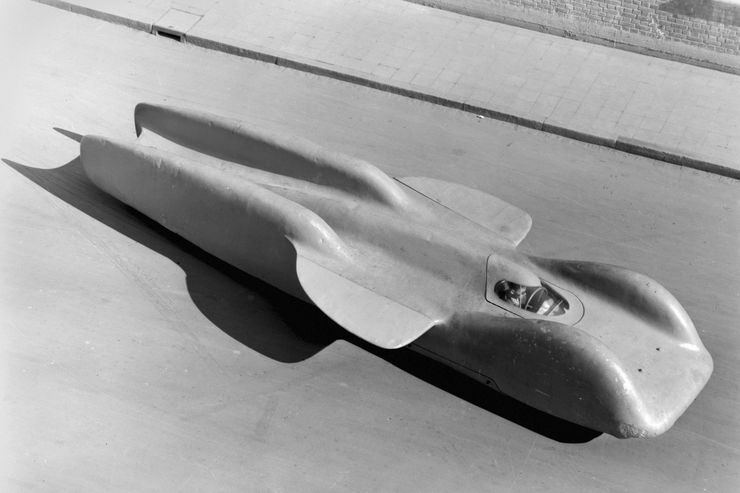 650 km / h with 3,500 hp
The idea: Stuck wanted to commission Ferdinand Porsche with the construction of a car, which should be equipped with two Daimler-Benz aircraft engines (DB 600). To push ahead with the realization of this project, Stuck turned to the then Daimler-Benz board member Wilhelm Kissel. And he also convinced him. In the late summer of 1938, all components of the record car were completed. Originally a maximum speed of 550 km / h was targeted. Due to the American record run, this value became obsolete. Porsche set the target speed in no time at 650 km / h and calculated for a modest power requirement of 3,000 hp. 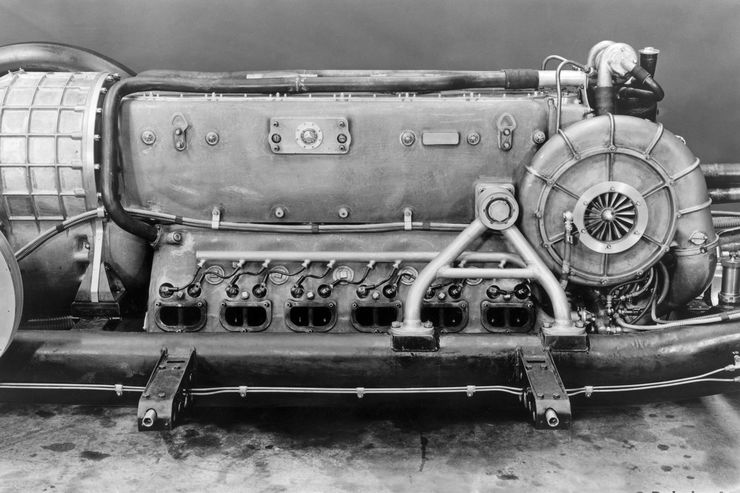 The problem: A series engine at this level of performance did not exist yet. Therefore, the prototype DB 603 was loaned by the Reich Aviation Ministry. A V12 with 44.5 liters displacement (yes, you read correctly), direct injection, compressor and intercooler. Output: 3,500 hp at 3,460 revolutions per minute. The passionate sportsman now rightly raises the question: how do you get that much power even close to the road? The designers considered the record car for this with three axles, of which the two rear were driven. Total weight of crazy creation: 3,000 kilos – without driver and gasoline. 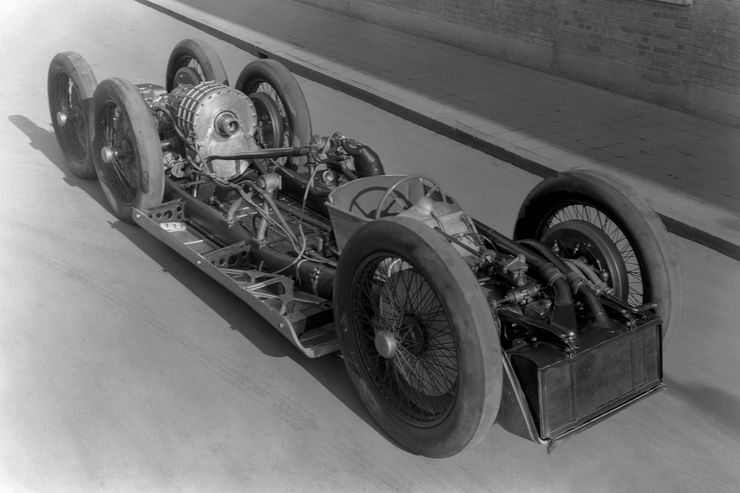 Another problem: The political situation led Stuck to say goodbye to his plan to drive the record also on the salt lake in Bonneville. So what to do? Obviously that the German answer was “Autobahn”. So a section of the motorway near Dessau was concreted over the entire width and prepared as a roadway for the record attempt. This had been set by the Supreme National Sports Authority in early 1940. However, you guessed it, World War II prevented the event from being held. So the engine was returned and the car stored. Unfortunately, he was never able to prove his efficiency. But the eight meter long colossus is not lost. You can watch the T80 live at the Mercedes-Benz Museum in Stuttgart today.