Mercedes shows to BMW how to create a more harmonious design for a big class SUV Coupe.  Concept SUV previews the future model based on the ML.

For the third time, after the Concept GLA and the Concept Style Coupe in 2013 and 2012,  Mercedes-Benz shows an important concept car at an autoshow in China. China is the third market for Mercedes-Benz, very close to the US market.

At the front, the Concept Coupe SUV is characterized by the sporty grille with a single louvre, all LED Multibeam headlamps and the forward sloping bonnet with typical Mercedes power domes. The direction indicators operate with a moving digital band lighting elements, which light up sequentially from inside out, indicating the steering change in two ways. A similar solution was introduced in the series production by Audi on the facelift of the A8 and very likely, Mercedes will offer it too.

The Alubeam paint is a reminiscent of the famous Silver Arrows from 1930s and 1950s. 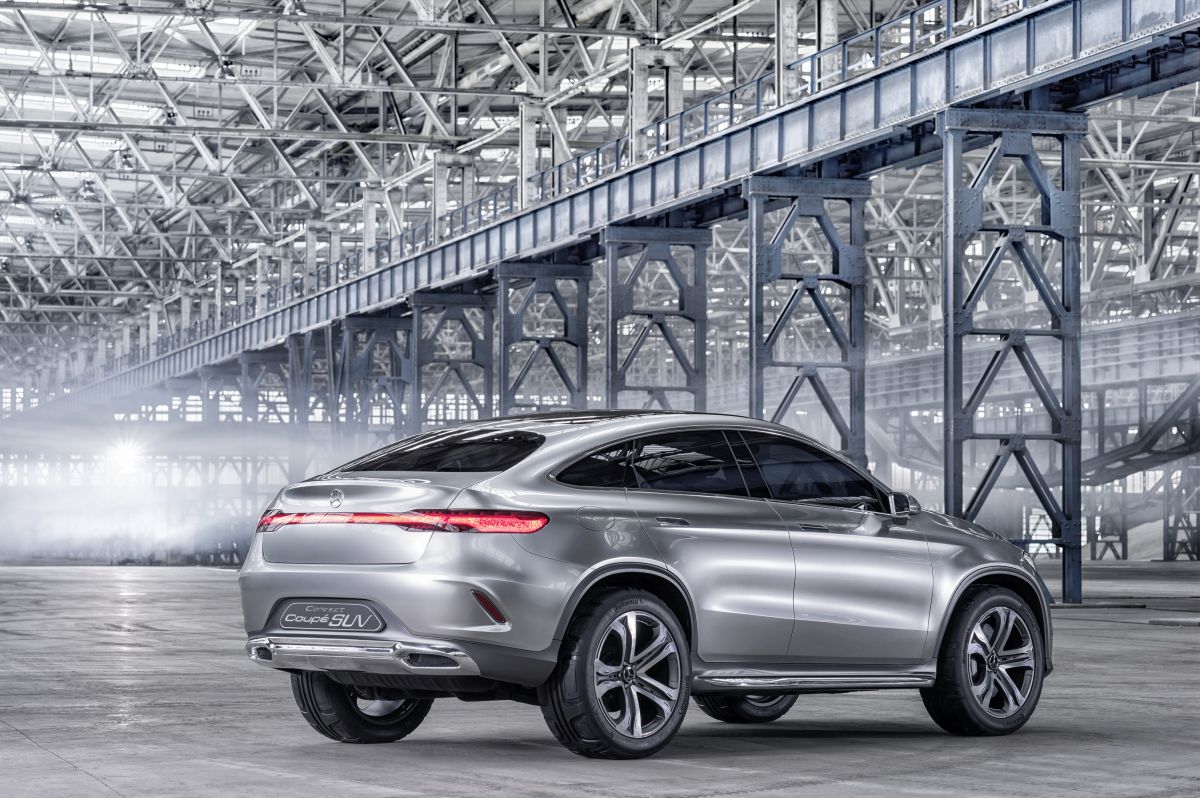 The rear end took over some styling elements from the S-Class Coupe, elements that will be present in all Mercedes coupes in the future.

These styling elements are the slim band of the rear lights with their ruby-like and the registration plate incorporated into the rear bumper. The front underguard and the rear underguard, which integrates the tailpipes, remind us that this is not only a coupe, but also an SUV.

The 22-inch wheels with tyres of 305/45 R 22 are spectacular, but very unlikely to be seen in a production car. But the frameless side windows are mandatory for a Mercedes Coupe.

The Concept Coupe SUV presented at Shanghai Auto Show is powered by the new biturbo 3 litre V6 with 333 HP and 480 Nm, mated with the new 9-speed automatic gearbox 9G-Tronic.

With the Active Curve System, already seen in the ML and in the GL, and with an adaptive drive train with Comfort, Slippery, Sport, Sport+ and Individual Mode, the future Coupe SUV from Mercedes engages to a high level of agility.

The very popular 3 litre diesel will not lack from the engine range and a Plug-In Hybrid, that uses the same propulsion system as the S 500 Plug-in Hybrid, is on the list.