Mercedes-Benz Stops Taking Orders for the G-Class. What Is Going On?

Mercedes-Benz stopped taking orders for the G-Class. The orders books closed on January 17 with no info on when they will open again to customers.

Whoever wants to order a G-Class will have to wait. The car is as unavailable as it gets for the moment, according to MBpassion.de. Only customers who ordered an off-roader until January 16 know the approximate date they will get their vehicle delivered. In November 2021, internal documents already showed that customers had to wait for approximately two years to get the model. Back then, the Germans declined to comment.

All those who went to showrooms to order a G-Wagen after that date returned home with no chance whatsoever to get any time soon, following a rejection. The long waiting list is to blame for the issue, with deliveries stretching as far as the end of 2024. That is nearly three years from now. 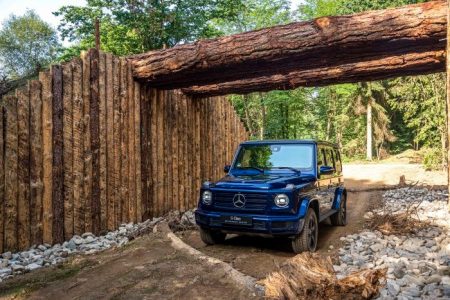 Mercedes is also planning to update the model, as spy photographers have caught several prototypes testing. Not much seems to change, but according to reports, the G-Class should finally get the MBUX. Design is very unlikely to change, but most likely, Mercedes will take a step forward regarding aerodynamics. The premium carmaker should also make a decision regarding the electrification of the range. The all-electric EQG is also in the cards.

There is an uncertainty regarding production of the current version past the four-quarter of 2024. According to the report, Mercedes-Benz is not halting production of the G-Class just yet, as it is just a temporary measure. The chip shortage that the car industry has been dealing with for the past two years might be a major factor in the decision.

We reached out to Mercedes for further information and will update the story once we get an answer.

The iconic G-Class is the company’s longest-lasting model. It has been rolling off the assembly line in Magna Steyr, Austria, since 1979. And Mercedes is definitely counting on it to boost sales. The model hit a sales record last year, with 41,000 customers ordering the boxy off-roader.