The Mercedes-Benz SLR McLaren 722 Edition that belonged to Michael Jordan is now for sale with only 1,000 miles onboard.

A dealer from Houston, Texas, is selling the car that the NBA star used to drive 20 years ago. The Mercedes-Benz SLR McLaren 722 Edition has been for sale for months already. A single day passed between the auction in which it failed to find itself an owner. The car is yet again on the market and the dealer believes third times should be the lucky one.

The dealer listed the car on eBay. The sum reached $243,600 and the “game” is still on. It goes $40,000 above the final bid of the previous auction that completed on January 3rd. The experts of the dealership estimated that it should fetch $695,750. Therefore the level it hit is a far cry from what they would expect. The celebrity factor probably accounts for half of the price listed. 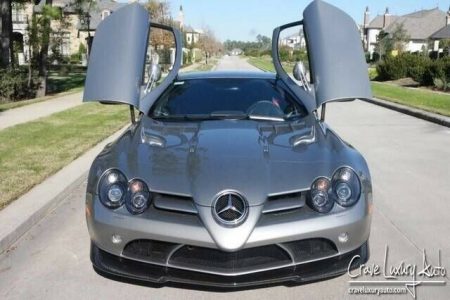 Here are the pros that it comes with. It is a classic and it is a rarity. And it only traveled for little over 1,000 miles (1,600 kilometers). Therefore we know for sure that Michael Jordan never drove it much.

About the Mercedes-Benz McLaren 722 Edition

The exclusive automobile is a tribute to Stirling Moss and Denis Jenkinson’s victory at the 1955 Mille Miglia race. Their Mercedes-Benz bore the number 722. 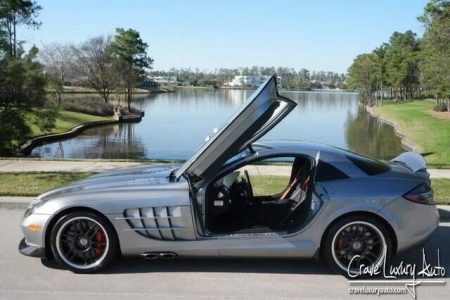 Not the first car belonging to Michael Jordan, that goes under hammer

The Mercedes-Benz McLaren 722 Edition was not the first car that belonged to Michael Jordan that has gone under hammer lately. Last fall, a Mercedes-Benz S600 entered an auction. Surprisingly, the price started at $23.