Every August, Pebble Beach Concours d’Elegance is the pinnacle of automotive excellence. This year makes no exception with Mercedes-Benz honoring racing legend Sir Stirling Moss with an exceptional exhibit of rare icon models from the past. Enjoy them first-hand in our photo tour of the Pebble Beach 2015 event.

Among the stars of the show were the 300 SLR W 196 S and W 196 R motorsport masterpieces from 1955, the former being the exact car in which Moss has conquered the Mille Miglia title. Powered by a three-litre version of the 2.982cc eight-cylinder in-line engine good for 300 HP and 300 km/h, the W 196 S not only helped Mercedes win the 1955 World Sports Car Championship, but won every single race it has entered and finished. 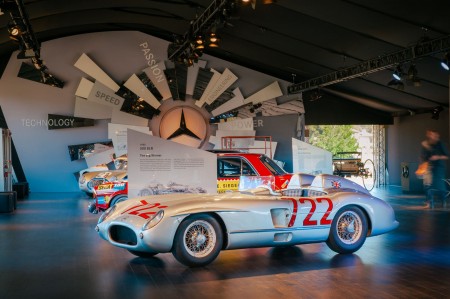 The following W 916 R Formula 1 car is no stranger to success itself since the Mercedes-Benz 2.5-litre racing car on display in Pebble Beach is the same one at whose wheel Juan Manuel Fangio won his second World Championship title with Mercedes-Benz back in 1955.

Of course, Mercedes’ culture is not all about racing but also about constant innovation. As a result, the two racing cars were joined by the futuristic 1969 C111 concept flown in to California straight from Mercedes-Benz Classic collection. 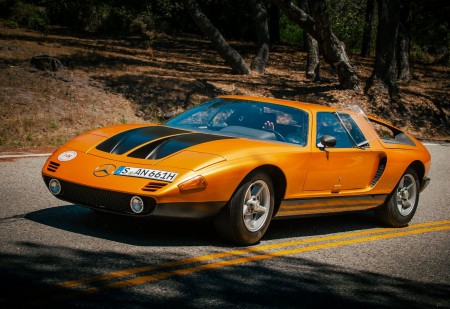 The distinctive sports car was not in Pebble Beach in static form, completing the Tour d’Elegance full of vigor despite its age and conceptual title. This wedge-shaped experimental car helped Mercedes-Benz explore the use of innovative materials and new drive technologies back in the 70’s. Sporting gullwing doors, the C 111 is powered by a revolutionary rotary engine which works according to the principle of Felix Wankel. It had an output of 280 hp, enough to propel the glass-fibre-reinforced plastic bodied car to a top speed of 270 km/h. 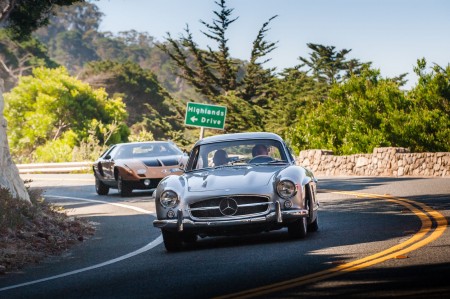 The Pebble Beach Concours d’Elegance proceedings been opened by Sir Stirling Moss himself chauffeured in a Mercedes-Benz 300 SL Gullwing W198 by the equally famous racer Jochen Mass, winner of the 1989 edition of the Le Mans 24-hours race. 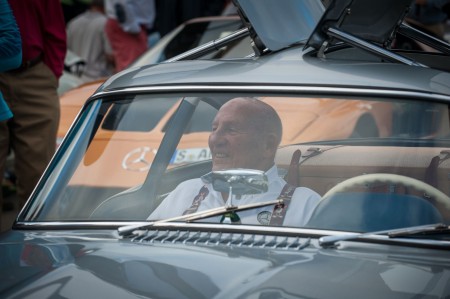 The highlight of the event was the Concours d’Elegance held on Sunday, the 16th of August. Mercedes-Benz Classic shined here with the 300 SLR, the W 196 R and the C 111 on display. Mercedes has traditionally been represented in the contest by numerous outstanding vehicles in its nearly 130–year long history with more than 120 trophies won since 1950. An award in Pebble Beach is considered one of the most coveted trophies in the automotive world.