Mercedes-Benz records growing sales figures worldwide once again. Almost 200,000 customers ordered a brand-new Benz in November, giving the company a 1.5% increase to boast with. Mercedes-Benz reached 2,103,653 units sold for the first eleven months of 2018, showing a growth of 0.4% compared to 2017.

Mercedes sold 198,545 cars to customers worldwide last month, making it the November with the best sales figures in history. 82,007 of them remained in Europe, with an increase of 2.6%, setting a new sales record in the land where 850,957 units were sold from January to November. Germany accounted for 29,188 cars, which represents a 12.5% growth. It was the new A-Class that took the figures that high, with the sales of the new compact doubling compared to last year’s November.

The car with the star keeps its leadership in the premium segment in countries such as Germany, France, Italy, Spain, Switzerland, Portugal, South Korea, Japan, Australia and the United States.

The Asia-Pacific region also came up with a record-setting figure of 75,392 vehicles in November and 862,419 in the first eleven months (+7.5%). China accounted for 52,151 units (+2.6%), helping the Mercedes-Benz sales grow by 11.7% this year to 603,089 units. Daimler AG proudly stands as the first premium carmaker to pass the milestone of 600,000 units sold in a year in China. Further sales records were achieved in South Korea, India, Malaysia, Thailand and Vietnam. 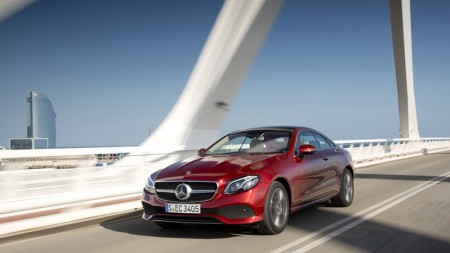 The E-Class Saloon and Estate stays at the top of the favorites’ list in November. More than 31,000 units of these two models were sold worldwide, an increase of about 6.2%. The long-wheelbase version of the E-Class Saloon marked a double-digit growth in November in China, thus achieving a new sales record.

The SUVs keep their popularity across the world, as approximately 750,000 units of the GLA, GLC, GLC Coupé, GLE, GLE Coupé, GLS and G-Class models were sold in the period of January to November (+2.4%). The GLC was the leader in the SUV department.

The company’s Dreamcars, coupes and cabriolets, showed their muscles once again this past November, registering a 19.8% growth and going straight to over 15,000 units sold, with the E-Class Cabriolet being the most popular of them.

118,512 customers chose the smart this year, with 10,926 of them receiving their new urban micro-car in November.