Mercedes-Benz sales – Still number one in the premium segment

The month of June kept Mercedes-Benz in the lead of the premium segment. There were over 1.1 million cars delivered by the Stuttgart-based manufacturer worldwide this year, setting new records in various markets.

In the first half of 2019, 1,134,729 happy customers received their brand-new Mercedes-Benz car, figures that keep the car company with the star in the lead in the premium segment, even though unit sales decreased in the first half of the year primarily due to ongoing model changes for SUVs, the brand’s segment with the largest volume.

There were 457,595 vehicles with the three-pointed star sold in Europe (-4.0%), 147,351 of which at home, in Germany, in the first six months, with 24,033 of them delivered in June. Unit sales grew in the United Kingdom, France, Spain, Russia, Portugal, the Netherlands and Denmark. Mercedes-Benz set new records for unit sales in the first half of a year in countries like France, Spain, Poland and Denmark. 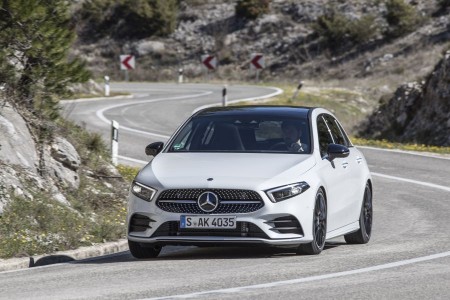 The compact cars, were once again, a spearhead for the company’s sales, with a total of 313,000 A- and B-Class, CLA, CLA Shooting Brake and GLA models sold (+4.2%) sold. More than 57,000 compact cars sold in June equals a growth of 13.7% compared with the same month of last year. The new A-Class made quite an impression, marking a +47.0%, while the new CLA Coupé also posted strong double-digit growth in Europe, in the second month after its market launch there, with a +66.6% growth.

40 years of G-Class. The anniversary of an icon. How does it celebrate?

Approximately 367,000 customers chose one of the company’s SUVs, as the G-Class set a new sales record in the first six months of its 40th anniversary year; deliveries more than doubled in June.

In the first six months of 2019, 60,318 two-door and four-door cars of the smart brand were handed over to customers worldwide (-8.1%). The smart brand was especially popular in Germany, as unit sales increased by 12.8%, setting a new record.