Mercedes-Benz sales – Still number one in the premium car segment

Mercedes-Benz remained number one in 2019 with over 2,3 million cars sold throughout 2019. It was the highest sales volume in the company’s history. Mercedes remains the leader of the premium car segment, despite efforts from rivals BMW and Audi.

The Stuttgart-based premium company thus kept its leading position at the top of the premium segment and it did the same in markets such as Germany, Great Britain, France, Spain, Belgium, Switzerland, Poland, Portugal, South Korea, Japan, Australia, Thailand, Vietnam, Singapore and South Africa.

Mercedes posted a new record in the Asia-Pacific region, delivering 977,922 units there, 693,443 of them in China, which means more than in any other market. China has been Mercedes-Benz’s largest sales market since 2015.

The story of the greatest salesman, who sales Mercedes-Benz cars at the North Pole

Great Britain and France, closely followed by Italy and Spain, are among the largest sales markets in the Europe region for Mercedes-Benz.

The NAFTA region accounted for 372,144 vehicles between January and December 2019. 316,094 American customers chose a car with the star in the United States of America, despite a challenging market situation. 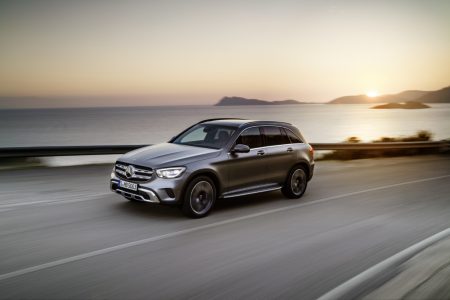 Every third Mercedes-Benz car sold last year was an SUV. The GLA, the GLB, the GLC and GLC Coupe and recently the electric EQC, together with the GLE and the GLC Coupe and the G-Class off-roader were the favorites for 783,700 customers that wanted a premium high ride. The G-Class was the choice for 34,912 people worldwide.

The S-Class remained the world’s best-selling luxury saloon. 71,700 customers ordered one in 2019. Since the market launch in 2015, approximately 500 of these exclusive luxury automobiles have been delivered every month to customers in China alone, with the figure exceeding 700 units per month last year.