Mercedes-Benz sales in April – How many cars did the company sell?

Almost 182,000 cars with the star were sold last month worldwide, reaching a toal of almost 743,000 this year to date. Mercedes-Benz receives good news from China, where a sales growth was recorded.

Mercedes-Benz is holding tight onto its leadership in the premium segment in states such as Germany, United Kingdom, Sweden, Portugal, Poland, Denmark, Czech Republic, Australia and Canada.

The new A-Class played a major part in achieving the figures, a 6% growth in the compact segment. 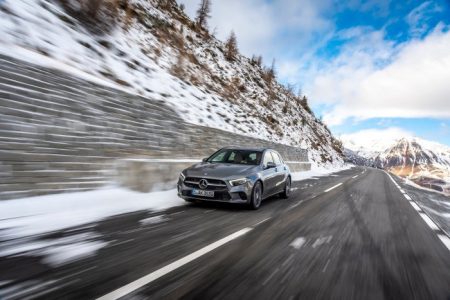 71,263 of the vehicles were sent across Europe, with 24,970 units staying home in Germany. A record was registered in France, with the figures going up b 2.8%.

Compact cars maintained their popularity, with an increase of 6.0%, while the new A-Class socred a 45.3% growth in April.

Premium sales: Mercedes-Benz still ahead of BMW and Audi amidst consistent declines

The SUVs registered a drop of 12.7% due to model changes. There were approximately 60,000 units of the GLA, GLC, GLC Coupe, GLE, GLE Coupe, GLS and G-Class units sold last month, with the letter marking a strong double-digit growth rates to highs in both April and the past four months.