Safety is more important than getting to your destination in time. Better get there five minutes late. And safe! It is the idea of the new Mercedes-Benz safety campaign in which the their Formula 1 drivers, Lewis Hamilton and Nico Rosberg, play leading parts.

Mercedes drivers Nico Rosberg and Hamilton were not allowed to go into the pit lane. “What do you mean we’re not allowed? We are the racers from Mercedes”. The safety guard’s answer takes them both by surprise: “You can’t come in here with those cloths!”

Hamilton is scolding Rosberg for wearing emphatic colored shoes. “These shoes are fine, it’s not like we’re going to a night club, is it?”, the German drivers inquires.

This was just part of a TV advert promoting the Mercedes-Benz safety campaign for all drivers, passengers and pedestrians. 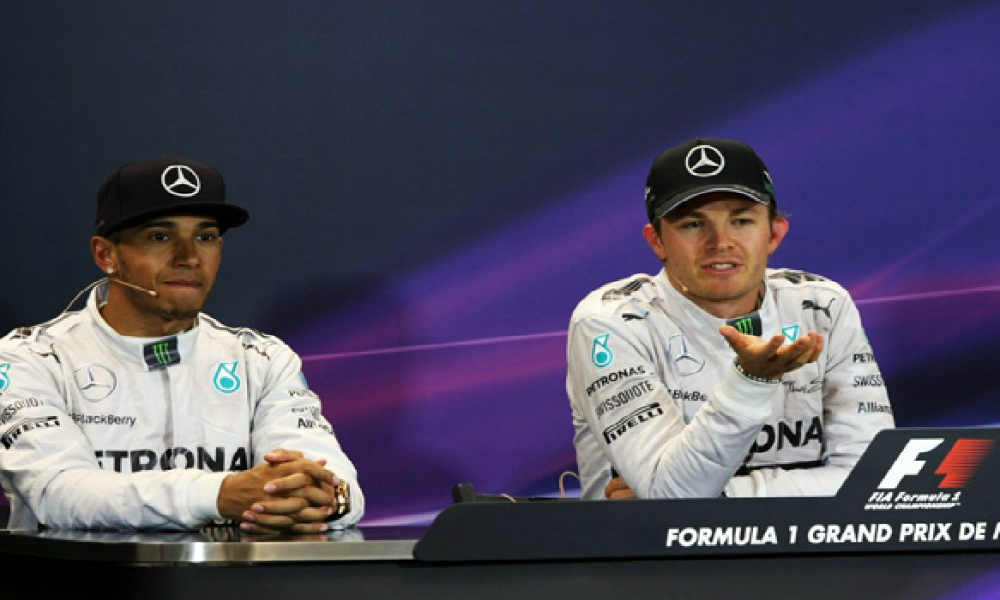 “The safety of people on foot around moving vehicles is a commun thing both in Formula 1 and on the road. As a driver, of course, you must trust the signals your team gives you. But you also have to be hyper aware of everything that is going on around you”, Hamilton says in the Mercedes-Benz safety campaign advert. Road traffic is just like Formula 1, the Mercedes AMG Petronas racers think: “You cannot just trust signals and lights. You need to stay focused all the time.”

The message of the campaign warns the drivers to give up text messaging, phone conversation and loud music while driving, because all distractions can endanger driver, passengers and also pedestrians. Nico Rosberg and Lewis Hamilton are also promoting wearing the seatbelt, no matter if you are behind the wheel or a passenger in the back seat and no matter how safe you think your car may be.

Watch how the two racers manage to go into the pit lane and also the jokes that they share, by playing the following video.

Just after the Japanese Grand Prix in Suzuka, Mercedes AMG Petronas team is ranking first, having 522 points, while their two drivers rank first (Lewis Hamilton) and second (Nico Rosberg). Ten points is the gap between the two of them.