Mercedes-Benz S-Class W221 out on the autobahn, does it show its age?

The Mercedes-Benz S-Class W221 has retired to make room for its heirs and humanity is currently enjoying the innovative W223. Or so it thought, but now it seems that it behaves like it still has something to prove.

The car starring in the video below, posted on the TopSpeedGermany YouTube channel, is an S 600 L, with the “L” indicating that we are dealing with the long-wheelbase version of the luxury sedan. The “600” indicative points out that we’re also dealing with the company’s pride and joy. One of them anyway. It’s a 5.5-liter biturbo V12 codenamed M275. It delivered, more than 15 years ago, when it first rolled off the assembly line, 510 horsepower and 612 pound-feet (830 Nm) of torque. 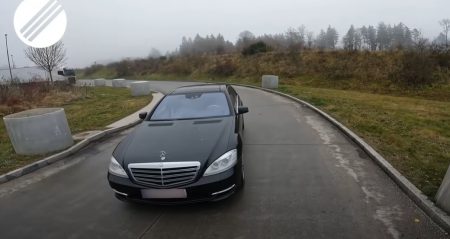 It’s time to see if the Mercedes-Benz S-Class W221 is still able to hit those numbers, 15 years later. The test takes place on a no-speed-limit sector of the German Autobahn.

Once the TopSpeedGermany driver gets behind the steering wheel, we get to see the timeless design of the cabin. The nude leather and wood trim are like a time machine, taking us to an era when this was the pinnacle of elegance. Lines have changed, technology has advanced, but the S-Class is today what it has always been. 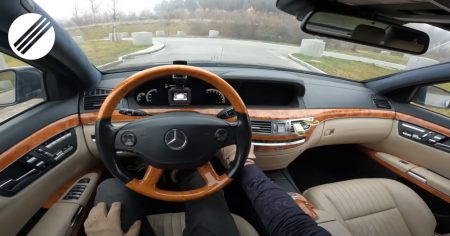 As unbelievable as it may seem, on a first attempt, the odometer needle of the Mercedes-Benz S-Class W221 goes all the way above 250 km/h, at 257 km/h. On a second attempt, the speed is 1 km/h higher. No effort, no drama, no big thing, as it has done this a billion times. There is no intrusive noise despite the speed, proving, once again, the class of the S-Class.