Mercedes-Benz is finally letting out the details of the new S 680 GUARD 4MATIC. With the highest protection available for a civil vehicle, the saloon sports the company’s 6.0-liter V12.

The new Mercedes-Benz S 680 GUARD 4MATIC showed up on the internet a weeks ago, but the details were scarce. The premium car maker eventually presents the new model in all its glory.

It is therefore the pinnacle of over 90 years of expertise. The model comes with a multi-layer glass “sandwich” concept, meeting the high requirements of the VR10 safety classification. Polycarbonate for splinter protection cover the inner surfaces. 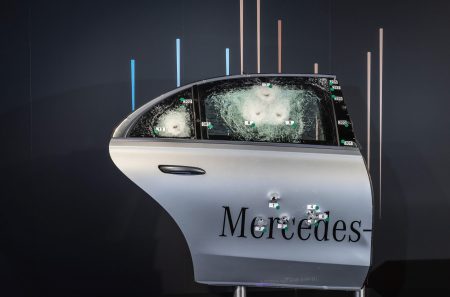 Four- and five-seater versions are available. Customers can chose from more than 80 individualization options for ambient lighting and a media display featuring OLED technology, plus a First-Class rear suite and rear airbags, a premiere in the industry.

The new armored saloon gets the highest civilian protection class in terms of ballistics. It is the first time the development team uses biofidelic dummies in blast tests. The procedures took place at the Beschussamt Ulm center. It is the only testing and certification body for weapons, ammunition and safety technology in the German state of Baden-Wurttemberg and one of the most state-of-the-art institutes of its kind. Highest civilian protection class VR10 according to the standard VPAM BRV version three (Bullet Resistant Vehicles) are the parameters the S-Class receives. 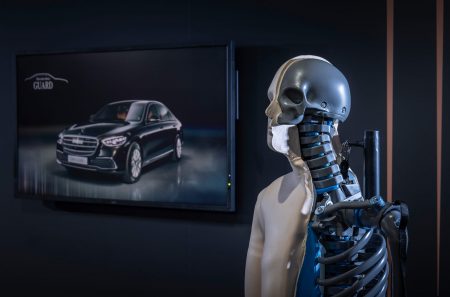 Intelligent hydraulically lifters operate the windows. There is also a special fire extinguishing system with automatic triggering function. The occupants also benefit from the presence of an emergency fresh air system. It protects them from penetrating smoke or irritant gases, supplying them with fresh air. A siren, flashing lights and radios, plus a panic alarm system are also part of the menu.

Run-flat Michelin PAX tires equip the car. They make it capable of still driving for 30 kilometers when pierced. 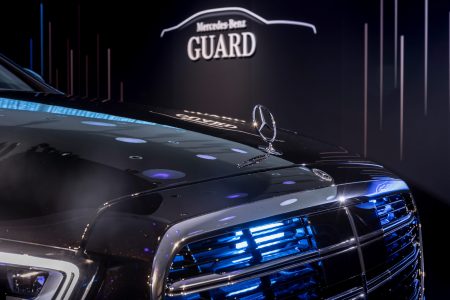 The Mercedes-Benz S 680 GUARD 4MATIC gets the 6.0-liter V12 engine. It is a power unit that develops 612 horsepower and 830 Nm of torque. For the first time, the armored S-Class comes with all-wheel drive.

Priced at €457,100, the armored saloon will celebrate its world premiere at the IAA in Munich.