A year after the presentation of the facelifted V-Class, its working brothers also go under the knife. Both the Vito and the Vito Tourer are brought in line with the updated V-Class and there is interesting news regarding the electric eVito Tourer.

The V-Class dating from 2014 was modernized in January 2019 and more than a year later, the more practical and more sober Vito and Vito Tourer (passenger-oriented versions of the Vito) are also updated. On the outside, the renewed Vito can be recognized by its revised grille with three black or chrome-colored blades.

Inside, Mercedes-Benz uses new turbine-style air vents and new materials and finishing options. The Vito and eVito also get new Audio 30 and Audio 40 infotainment systems with a 7-inch touchscreen display as well as Android Auto and Apple CarPlay compatibility. Mercedes-Benz also offers new paint colors and new wheels in sizes of 17, 18 and 19-inch. Also, panel vans can be equipped with a newly optional lightweight load floor. It’s a “hard-wearing” surface made of plastic which increases payload capacity by up to 33 lbs (15 kg). 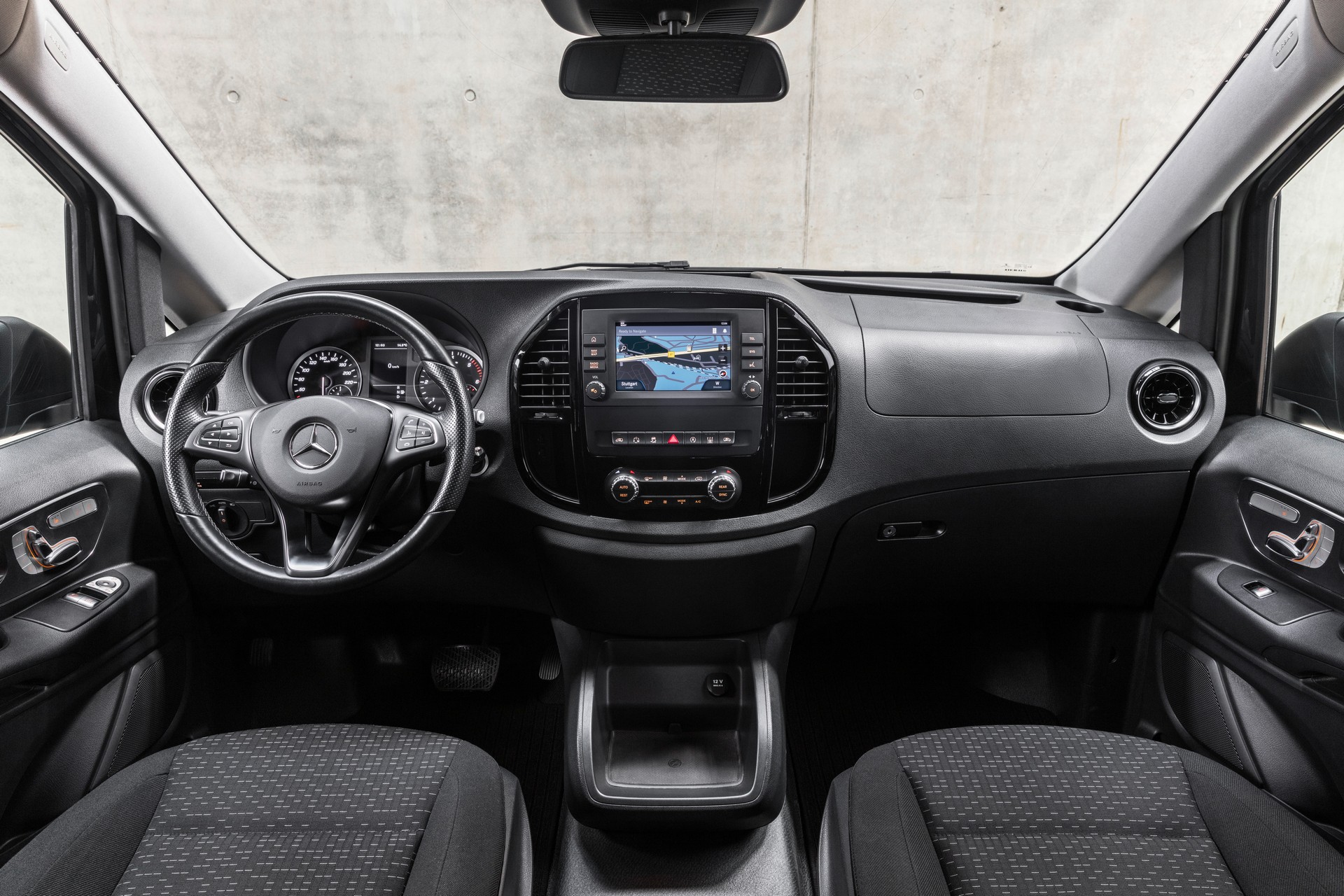 New for the entire Vito family is the engine version that Mercedes-Benz refers to as the 124 CDI, a new top engine that develops 239 hp and 500 Nm. This two liter four-cylinder helps the Vito reach a speed of 100 km / h in 7.9 seconds. Its top speed: 210 km / h. However, this engine is only available in the Vito Tourer.

For those who consider the Tourer variant a little too much, or for those who want a closed order version, Mercedes has a solution. Whereas the modern 2.0 CDIs of the OM654 engine family were only reserved for the Vito Tourer, they have now also been placed on the order list of the Vito. They replace the 2.2 CDIs of the OM654 family. 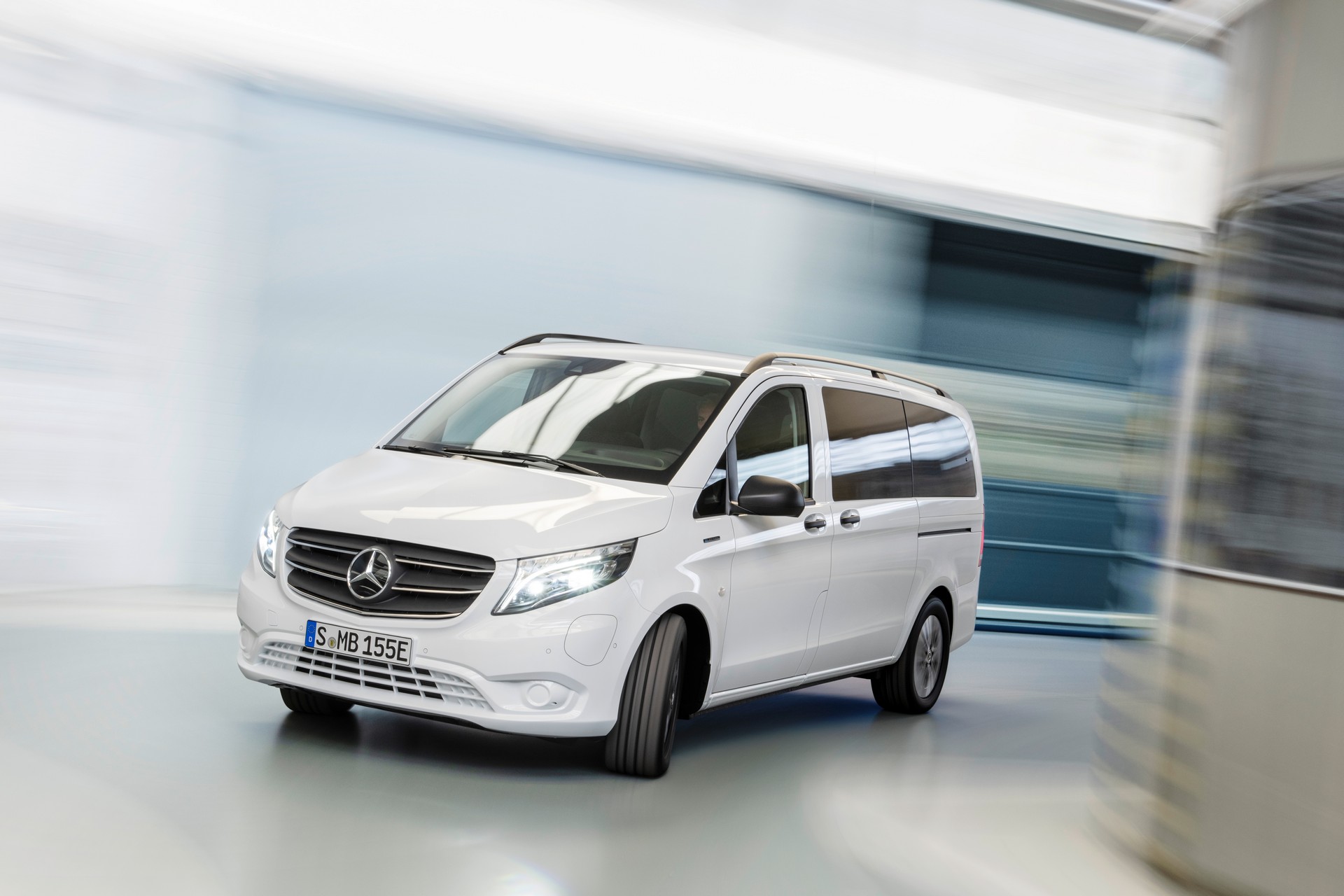 eVito
There is also news for the eVito Tourer, the fully electric version of the passenger-oriented version of the Vito. The eVito gets a completely new battery pack, the considerably larger one that Mercedes-Benz has also installed in the EQV (the fully electric V-Class). Whereas the eVito Tourer previously had a 41.4 kWh battery pack, good for an electric range of about 150 kilometers, the eVito Tourer now has the 100 kWh (90 kWh net) large battery pack of the EQV. The eVito Tourer therefore scores a WLTP range of 421 kilometers. Just like in the EQV, an electric motor with a peak power of 204 hp and 362 Nm drives the front wheels. The top speed is 140 km / h, but those who pay extra can have it increased to 160 km / h.

The eVito Tourer is available in two lengths: 5.14 meters and 5.37 meters. The interior space is identical to that of the Vitos with combustion engines. From a DC charger (50 kW) the battery pack can be charged from 10 to 80 percent full in about 80 minutes. Optionally, the eVito Tourer can handle a recharging capacity of 110 kW. The 10-80% loading session is then completed in less than 45 minutes. The climate control of the eVito Tourer can be activated via a telephone application while the car is being charged, as well.

All Vitos with the new 2.0 diesel engines benefit from the arrival of Airmatic air suspension, a system that is now also available in the V-Class and EQV. Also new: an active brake assistant, an active distance assistant (Distronic) and a digital interior mirror with a high-resolution LCD display. It provides an unobstructed view behind the van and can be changed from digital to analogue at the flip of a switch. The Vito is also available with intelligent Light System, a package that includes LED direction indicators, LED daytime running lights, LED low beam, LED high beam and cornering lights. The Vito also benefits from a range of new infotainment systems, simpler ones than the MBUX system. Variants with and without touch screen and Android Auto or Apple Carplay support are available.

The new Vito can be ordered from April and will be delivered in June. German pricing starts at €22,598.10 excluding a 19 % VAT. The eVito Tourer will follow this summer, but there’s no word on pricing. 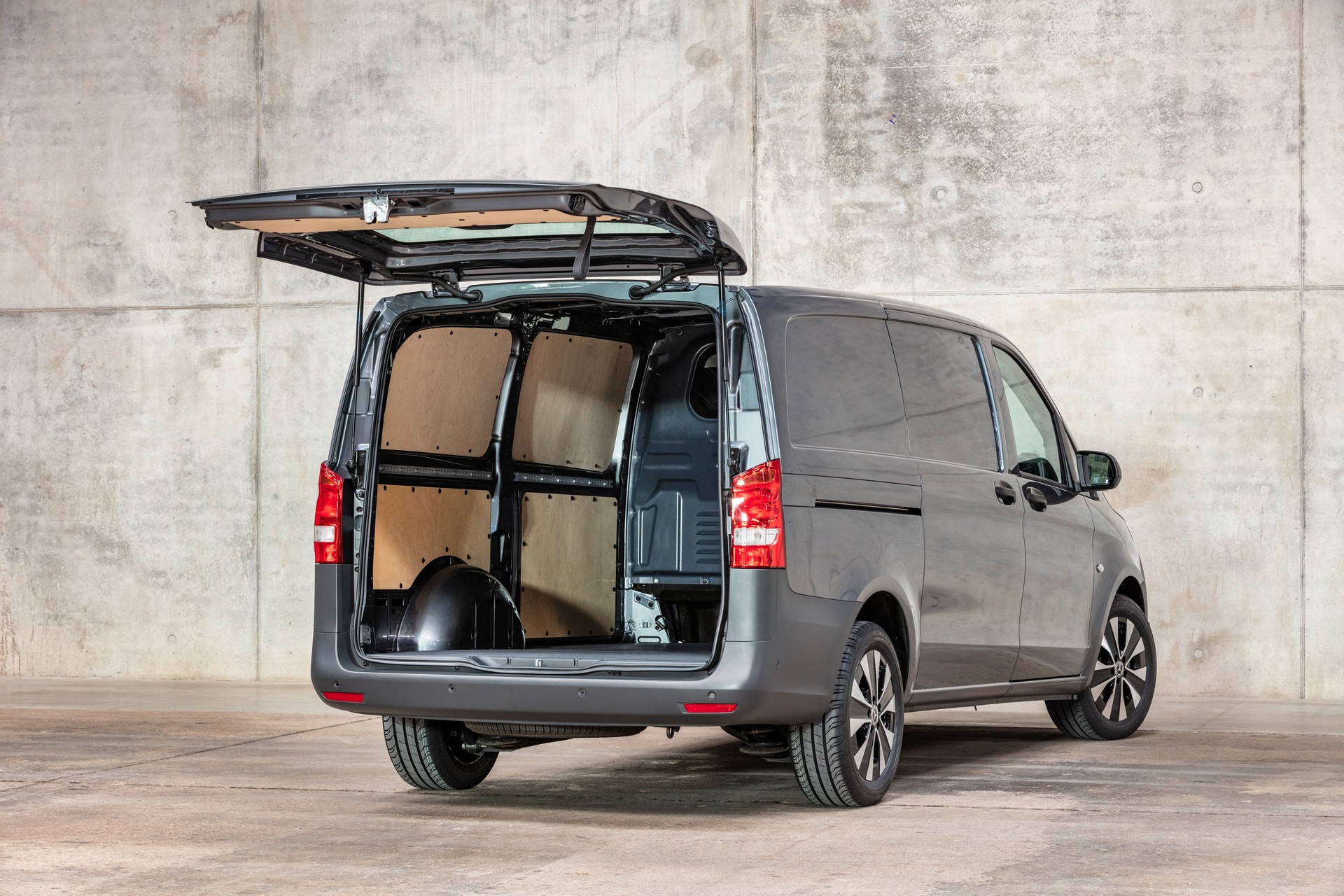