Mercedes-Benz has filed a patent for pedestrian airbags, for the pedestrian protection in case of collision. The technology deploys an airbag located in the car’s A-pillar, giving the person who is hit a higher chance to survive.

The Stuttgart-based company filed the patent in July 2015, forwarding the file to the United States Patent and Trademark Office and the content of the file was published on August 3rd 2017. Meanwhile, for the past two years, Mercedes-Benz has worked on improving the technology close to the production version, so customers are set to benefit from it in the future production series models.

Mercedes-Benz has also developed the pop-up bonnet concept, which is meant to prevent hard impacts with pedestrians in the event of a front-end collision. 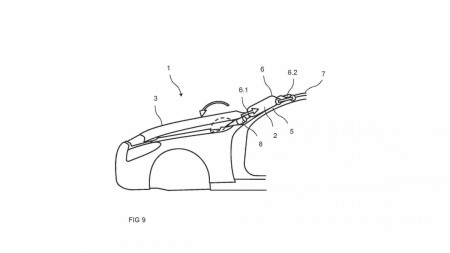 In the newly developed application, sensors located on the front end, monitoring traffic and any objects in the surroundings, command, inflate and deploy the A-pillar airbags together with the pop-up bonnet system, rising the bonnet so the pedestrian does not come into contact with the hard parts under it. One end of the triggered airbag will stay connected to the A-pillar, the other will pop up at the front end of the car, avoiding the pedestrian to reach bonnet or windshield.

Under normal circumstances, the airbags are stowed inside a fabric tube along the A-pillar, which is not noticeable from inside or outside the car.