Mercedes-Benz outsold BMW rival brand in January, taking the second place in the race for global luxury-car lead. Audi became No. 1, while BMW got bumped to third spot.

Mercedes’ sales recorded a 14 percent gain to 125.865 units, last month. In contrast, BMW struggled to keep its crown rising only 6,3 percent to 124,561 vehicles. Audi surpassed even the most optimistic projections with 137,700 units and an increase of 10 percent.

Including Smart as well, sales at Daimler’s Mercedes-Benz Cars division have increased 15 percent to 134,322 units.

German brand Mercedes-Benz plans to become the world’s best-selling luxury carmaker by 2020. Last year BMW took the sales crown while Mercedes was No. 3 and Audi No. 2. 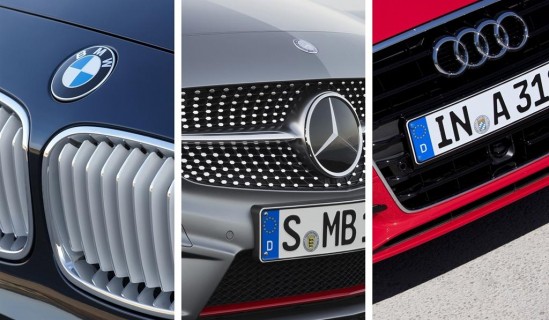 According to Juergen Pieper, a Frankfurt-based analyst with Bankhaus Metzler, BMW’s decline “will continue during the next few months.” The statement resonates with Mercedes’ will to keep pace rolling out the facelifted GLE SUV and the all-new BMW X6 challenger, the GLE coupe.

BMW will fight back, of course, with a convertible version of the 2-Series and the all-new 7-Series flagship set to debut this year. Overall, BMW Group sold 142,154 vehicles in January, corresponding to a 7 percent rise, including the Mini and Rolls-Royce brands.