It’s rather hard to believe that it all started as a promise to a little boy, Matt, who was born with Down syndrome. About 100 runners took part at the first race, hosted by Valerie McLean and Paul Sotherland. What started as a small half marathon eventually became a major event that is nowadays the Mercedes-Benz Marathon, which attracts thousands of people from all over the world to downtown Birmingham, Alabama. 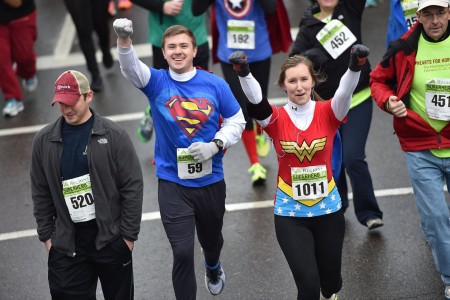 The 5K race served as the official start of the Mercedes-Benz Marathon this weekend and it is usually open to runners and walkers regardless of age or abilities. At the 5K race the main theme was Superhero, therefore it abounded in capes, tutus and face masks as the 1,230 runners took part at the race. 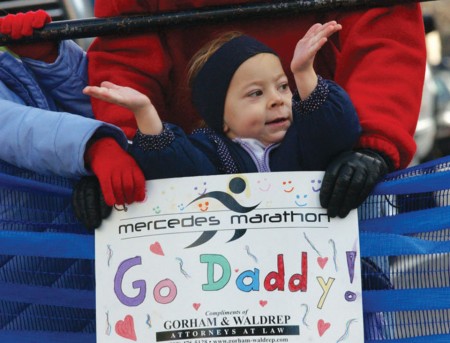 As for the Half-Marathon, David Marley and Melissa Johnson-White crossed the finish line as winners.

The gun to begin the 2015 Mercedes Marathon was fired at 7:03 in the morning on rainy weather.

The activities did more than bringing out the competitive self in every participant. Millions of dollars were raised this weekend for local charities and especially the Bell Center for Intervention. Last year at the Mercedes-Benz Marathon run participants from 48 states and five countries, thus becoming a Birmingham tradition.