That is when it all started. 16. The number of the Mercedes-Benz Safety Cars that ruled the racetracks of the world, keeping the racing cars and the drivers safe. All 16 can be seen starting December, 1st, at the Mercedes-Benz Museum in Stuttgart.

14 vehicles have already taken center stage at the car museum, right outside the Mercedes-Benz plant. The guest star-car, the Mercedes-AMG GT S, will join its fellow safety cars from mid-December. 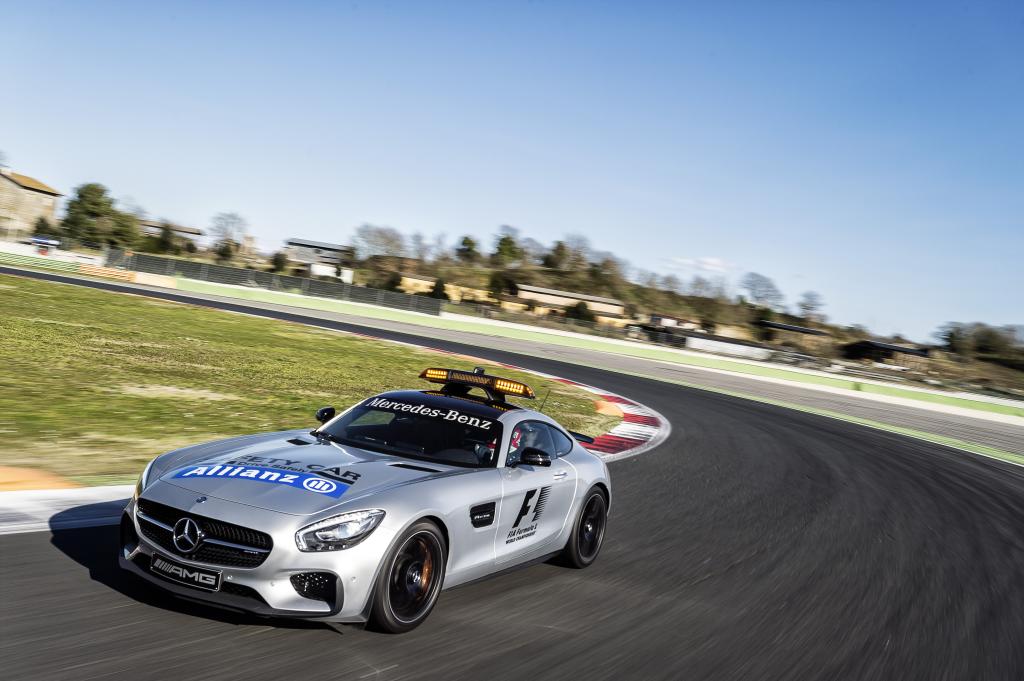 The Mercedes-Benz adventure in front of the racing cars dates way back. Since 1996, the Stuttgart brand has been continuously providing the Official Formula One Safety Car and the Official Formula One Medical Car as well. For the past 15 years, former racing driver Bernd Maylander has been the only one to get behind the wheel of the Safety Cars of Formula One, no matter the models. He only missed a race due a sprained ankle. 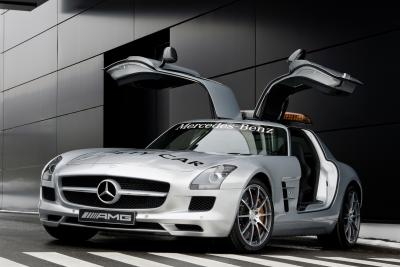 Of all the vehicles deployed in critical situations or extremely challenging weather conditions, the Mercedes-Benz SLS AMG is the most powerful Official F1™ Safety Car of all time, sporting the famous 6.2-liter V8 with 583 HP. Today’s safety car, the GT S, only comes with a 4.0-liter biturbo V8 developing 510 HP.

It might seem that the speed is way lower than the racing speed, when the safety car brings the drivers to a safe pace. And it is. But it still exceeds 200 km/h, so that the brakes and tyres would not cool down excessively and engines would be prevented from overheating due to reduced airflow.

Packed up with the latest safety and communication technology, the high-performance vehicles would not undergo major modifications before they play the leading part in races.

Displaying for the first time so many Safety Cars in one place, the exhibition will close on the 17th of April 2016.

The cars displayed at the “Safety Cars” exhibition