Mercedes-Benz Issues ‘Do Not Drive’ Order for the Owners of 300,000 SUVs

Mercedes-Benz has just issued a major recall for almost 300,000 SUVs. The premium carmaker ordered owners not to drive their cars and immediately tow them to the nearest dealership.

The United States Highway Traffic & Safety Administration (NHTSA) has announced that the Germans have issued a recall that will send 292,287 Mercedes-Benz SUVs straight to services. The move targets cars that rolled off the assembly line between 2006 and 2012. The owners must refrain from driving their vehicles and must instead tow them to the nearest dealership.

The potential accumulation of moisture and corrosion in the brake booster housing unit could impede brake performance. It could as well lead to a possible brake failure. The models the recall focuses on are the MLs, the GLs and the R-Class units.

In rare cases of very severe corrosion, hard braking could potentially cause mechanical damage. This may thus increase the risk of a crash. On a busy road, a defective brake could easily cause a disaster. The foot-activated parking brake would still be effective. 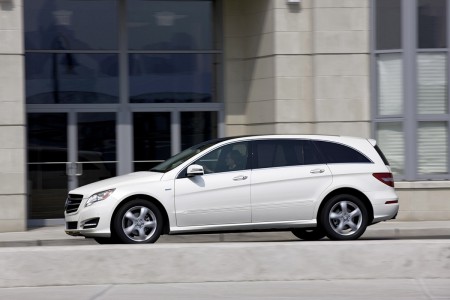 Mercedes points out that the owners of the impacted vehicles may notice a change in the feel of the brake pedal. As early signs of the braking system failure, drivers might also hear a hissing or an airflow noise when applying pressure on the brake pedal.

There have been no crashes, injuries or deaths related to the issue, Mercedes reports. All repairs will be carried out free of charge. In order to fix the problem, the mechanics will remove a rubber sleeve, inspect the brake booster and replace it where necessary.

Another recall move focuses on issues of the Freightliner Sprinter and Mercedes-Benz Sprinter. The rearview camera of 12,086 units may not display the rearview image due to a software error.

The error makes them fail to comply with the Federal Motor Vehicle Safety Standard 111, regarding Rear Visibility.