Mercedes-Benz is working on the uncrashable car

Mercedes-Benz is planning the uncrashable car, ten years after it presented the ESF ultimate safety vehicle. The new one would be an automobile capable of avoiding any accident and keeping its occupants safe and sound. The concept is going to be revealed this year.

The company’s Global Research and Development head, Ola Kalenius, believes that the moment of arrival of the uncrashable car is going to come sooner than expected. That means that the Frankfurt Motor Show, scheduled for the fall, would be the right moment of the new Experimental Safety Vehicle.

The Mercedes-Benz excutive revealed that the future concept car will integrate autonomous driving systems and collision protection technology in order to be converted into the ultimate safety vehicle.

Kalnius stated that artificial intelligence controlling the car and cloud computing may safely prevent a car from crashing and human occupants losing their lives in a wreck. The vehicle would be able to collect driving data and share it with the central server to learn how to control the driver assistance system. 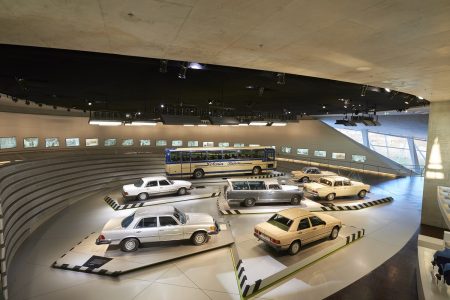 A decade ago, Mercedes-Benz revealed the ESF concept, now an exhibit at the Mercedes-Benz Museum in Stuttgart, Germany. The study vehicle featured all the technologies and systems of safety developed at that time. Ten years later, the premium car company is having another go. Again, the S-Class luxury sedan is most likely going be the base for the concept.

Ola Kalenius admits to be amazed by the work performed by the engineers.