Mercedes-Benz is fleet manufacturer of the year

The Stuttgart brand was recognised as the best in the fleet industry and was given the coveted Fleet Manufacturer of the Year Award at the Fleet World Honors 2015.

The judges look for three key attributes when evaluating the cars and, luckily enough, they overlap quite nicely with the Mercedes-Benz core values: innovation, quality and sustainability.

These three aspects fitted the Mercedes-Benz philosophy like a glove and so the winner was something of a foregone conclusion. Steve Moody, Editor of Fleet World magazine, had this to say before handing over the prize to the Mercedes-Benz officials: “The progression has continued for Mercedes-Benz with year-on-year fleet sales increases and an ever-strengthening line-up of vehicles, such as the A-Class, GLA-Class and the excellent new C-Class. The result is a wide range of cars and an offering that is second to none in the fleet market.” 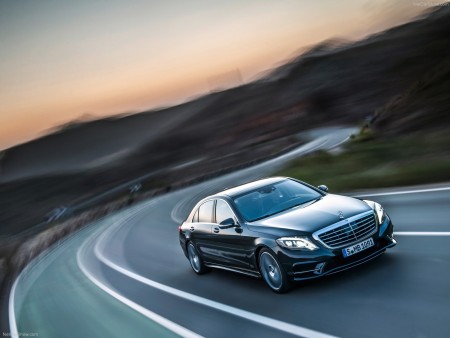 Apart from winning the grand prize of Fleet Manufacturer of the year, Mercedes-Benz also scooped two more awards: the elegant S-Class became the “Best Luxury Car” while its smaller sibling, the C-Class, was recognised as the “Best Executive Compact Car”.

The same Steve Moody had this to say about their choice for the S-Class:  “The S-Class continues to set the benchmark in the luxury sector with its quality, comfort and refinement, and while many imitate, few manage to beat it. The choice of super smooth diesels, hybrid and plug-in hybrid powertrains mean there always the right type of car for every senior executive.”

And then, the C-Class: “Mercedes-Benz seems to have skipped a generation with the C-Class, which now looks and feels like a downsized S-Class. Technology-rich, its home to the best interior in the segment and features a wide choice of engines, including diesel hybrid and a plug-in hybrid version. This should prove invaluable for the brand’s aspirations in the premium sector.”

Well, that was easy!