Mercedes-Benz India Temporarily Halts Production Because of a Leopard

Mercedes-Benz India needed to temporarily halt production in its facility in Chakan. A leopard walking broke in and wandered around for several hours.

For the past couple of years, we have been reporting about production stoppage. The reasons were usually those related to the Covid-19 pandemic or the chip shortage. This one though is miles away from what we got used to, but surely not a first in the car industry. A leopard entered the production facility in Chakan, India. Administrators decided to evacuate the factory to avoid putting them in danger.

The Chakan Forest Department and Wildlife SOS came to the rescue. They found the leopard wandering around the factory, scared and confused. The feline stayed mostly around the piles of boxes and pallets. The experts took approximately four hours to complete the rescue. They waited for the animal to keep still long enough to tranquilize it with a shot from a safe distance. 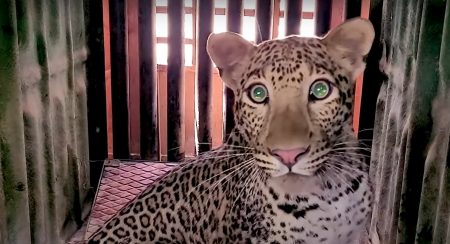 Wildlife SOS reported that the leopard was a male that was around three years old. It is still under medical observation and will be released in the wild. Maharashtra, occupying the western and central peninsular region of India, has one of the highest leopards population densities in the world. Authorities warn locals that such incidents may happen again.

No human and no animal were harmed during the rescue operation. Six hours from the moment the factory halted production, employees returned to work.

Models such as the CLA, C-Class, E-Class and S-Class, GLA, GLC, GLE and GLS SUVs roll off the assembly line in Chakan, India.

Local media reports that, back in October 2017, production at the Maruti Suzuki’s plant in Manesar, near Delhi, had to pause due to another leopard. Back then, experts caught the animal after a 3-hour operation.